The report covers data collected from December 9, 2020, through March 21, 2021, for the two experimental COVID vaccines currently in use in the U.K. from Pfizer and AstraZeneca.

They report a total of 713 deaths and 495,345 injuries recorded following the experimental vaccines.

That is an increase of 119 deaths and 90,820 injuries recorded since last week. 95 of the 119 recorded deaths this past week followed AstraZeneca COVID injections.

More than 20 countries had suspended injections of the AstraZeneca experimental COVID shots due to concerns over fatal blood clots, but the European Medicines Agency (EMA) concluded that there was no link between the AstraZeneca experimental COVID shots and the fatal blood clots, and urged countries to resume vaccinations because “the benefits outweigh the risks.”

Some nations resumed the shots, such as Germany, but now have halted them again due to more deaths resulting from blood clots. See:

The UK, on the other hand, never suspended the shots, agreeing with the EMA’s assertion that the shots were not related to the fatal blood clots in a statement issued March 18th.

Earlier today (April 1, 2021), a group that identifies themselves as “Doctors for Covid Ethics,” which reportedly consists of over 100 doctors and scientists from 25 countries, including Professor Sucharit Bhakdi, Professor Emeritus of Medical Microbiology and Immunology and Former Chair, Institute of Medical Microbiology and Hygiene, issued a Press Release and letter to the European Medicines Agency, criticizing them for not taking action regarding the reported adverse events following COVID injections, specifically the AstraZeneca shots.

Regrettably, your reply of March 23 is unconvincing and unacceptable. We are dismayed that you choose to respond to our request for crucially important information in a dismissive and unscientific manner. Such a cavalier approach to vaccine safety creates the unwelcome impression that the EMA is serving the interests of the very pharmaceutical companies whose products it is your pledged duty to evaluate. The evidence is clear that there are some serious adverse event risks & that a number of people, not at risk from SARS-CoV-2, have died following vaccination.

1. You concede that the “vaccines”, which are more accurately described as investigational gene-based agents, enter the bloodstream but you can obviously provide no quantitative data. In the absence of the latter, any scientific assessment you purport to have undertaken lacks foundation.

2. Your statement that non-clinical studies do not indicate any detectable uptake of the vaccines into endothelial cells lacks credibility. We demand to see the scientific evidence. If not available, it must be assumed that endothelial cells are targeted.

3. Auto-attack could not have been excluded in animals unless they had been immunologically primed beforehand. We demand evidence that such experiments had been performed. Similar experiments have been undertaken before with previous, unsuccessful candidate vaccines, and fatal, antibody-dependent enhancement of disease was observed.

4. We requested scientific evidence, not a vague description of what was purportedly seen in non-valid animal experiments. Your cursory mention of laboratory findings in humans is cynical. In view of the plausible connection between production of spike protein and the emergence of thromboembolic serious adverse events (SAEs), we demand to see the results of D-dimer determinations. As you are aware, D-dimer is a very good test as an aid to diagnose thrombosis.

After delivery of our letter to you on March 1, events followed that debunk your response to our last three queries to an extent that can only be termed embarrassing. As we feared, severe and fatal coagulopathies occurred in young individuals following “vaccination”, leading 15 countries to suspend their AZ-“vaccination” program.

Is Bill Gates a covert Nazi? A woof woof ALERT and ALARM

Nazis, Fascists and Communists all have a record of mass genocide. Gates, like his father before him, is a committed eugenicist. Boris Johnson is cut from the same cloth.

A howl along song for concerned woofers….

I understand concerns over of deaths ,but how the hell are we going to get out of the destructive lockdowns without vaccines?,the lockdowns are killing people,suicides,femicides from spousal abuse,and other psychological traumas are damaging people,these to must be factored in,one death in 10 million is a tradgedy,but it is one death out of many that have been vaccinated.p.s.,I WANT OUT OF LOCKDOWN!!!,you should know,from the moment we are born there are million invisible organisms trying to kill us,the Almighty did Not give us full dominion over everything on this earth..

Take out all the false positives from the ‘unfit for purpose’ PCR test used and the true figure is around 18,000 infections. The vaccines are causing well over 3 times more illnesses! Vaccines have already been rolled out but lockdowns still persist. So don’t believe vaccination will lead to to freedom. It’s a carrot, not a vaccine. I agree though, lockdowns kill and they’ve killed an awful lot more people than Covid has and will continue to do so. Tyrants in parliament do not have peoples’ best interests at heart – not in the slightest.

Well if you dont believe our leaders in the West,maybe the Russians are leading a guiding light as to how to get out of this awful situation,i too dont believe many of things our leaders have been involved in,wether it be lying to us about the dumb war and dangerous activties such as arming islamist terrorists,but this issue has to be resolved,another strict lockdown will cause rebellion,the natural instincts of our young people will Not be contained,vaccines are the only way out,it is Not a popular view on the Duran,but it is true,i normally agree on most issues with you… Read more »

Dude, “My body, my choice! GTFOH with telling me I should bend the knee & take the jab just so I can get out of lockdowns. If the sheeple like YOU weren’t so WEAK & CUCKED, you could’ve FORCED your corrupt governments to behave else heads start rolling like a bowling ball into the Thames River.

But nope, COLLECTIVELY, the sheep sit back & take it up the ass. That’s why we’re in these very dangerous times right now — because the sheep is too skeerd to man up & take the bull by the horn.

These numbers are in spite of many denials from government that injuries and deaths are the result of this MRNA Jab, whatever the source. Therefore we know that the real numbers are much higher. Anyone taking the Jab, or compelling others to take it, is either ignorant, stupid, suicidal or malevolent.

What on Earth is going on in unGreat Britain. I swear that country is full of cucks who let corrupt corporation-controlled governments ramrod these toxic EXPERIMENTAL “vaccines” onto their diverse Commonwealth sheeple. Actually, this goes for practically all “European” Union governments. That being said, I’m preparing lots of popcorn to SEE if the illegitimate Biden-Harris Presidency are actually going to get the Military to force the jab on pro-2A armed Amerikans. That is going to be a neat fcukin trick — more so than Moses parting the Red Sea since I wasn’t there to SEE it with my own EYES.… Read more »

So in a small country like Serbia its citizens can choose which vaccine they will have from Sputnik V,  Sinovac, Phfyzer or Astra Zenica but in the west its only a choice of two.

Correct! Because in the “West”, the exceptional politicians who are owned & controlled by Lord Ziostein are trying to kill you (er depopulate you). And that’s the absolute truth that many Western sheep can’t get through their thick skulls.

There’s a popular video going around in WhatsCrapp where a Caribbean Medical Doctor based in the US sounds the alarm & tells everyone to avoid the experimental mRNA jabs.

She even said point blank in her video, “If you want to kill us, just say so. Quit telling us these measures are for our safety.”

Well, that’s probably because the British leadership has lived so long with brain freeze that clots don’t stand a chance. 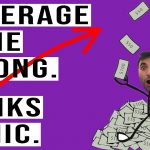 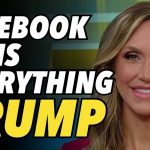