Newsweek published a “fact check” which labeled claims that India had banned the Pfizer-BioNTech vaccine as “mostly false” despite admitting in the article that India has in fact temporarily banned the vaccine. Last week, discussion around the issue intensified after it was revealed that Indian health authorities had refused to give permission for the vaccine to be distributed.

UK lunis think they have to domesticate some cattle herd?

I was fired by my boss and was jobless for few months, than my buddy told me about this site to do work. Within a month i am able to earn handsome package. For more detail visit……… .. >>> https://bit.ly/3rgMKrL

Given that:- 1. The vaccine makers think that receipt of a vaccine will not prevent someone from contracting Covid, but ‘may’ reduce the symptoms. 2. The vaccine makers think that the vaccine won’t prevent someone from transmitting Covid, if they catch it, even if they have had the vaccine. So what exactly is the POINT of a vaccine passport? 3. The vaccine is creating serious side-effects. ADRs. 4. Two of the vaccines are not really vaccines but employ largely untested methods for provoking an immune response. So they are even more risky. 5. The number of cases of Covid are… Read more »

Absolutely. This is all bloody media driven, which is also outrageous. Likewise they are not scientists, doctors or medical experts so they should keep their scaremongering to themselves. They seem determined to whip the public into a frenzy, pitting people against each other and causing division.

all out of bubble gum 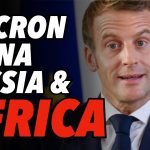 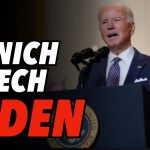