UFO’s classic 1976 album No Heavy Pettin’ has been remastered and will be released on January 20 next year. A remastered version with 5 extra tracks was released in 2007 – can that really have been 15 years ago? This though is a deluxe set; the full package consisting of 2 CDs and 3 vinyl disks will set you back £42.99 and can be pre-ordered now.

So what does it include? In addition to the 15 tracks from the 2007 remaster, there is a previously unrelease acoustic cover of the Frankie Miller song Have You Seen Me Lately Joan?

The second disk consists of 12 tracks recorded live at the Roundhouse in 1976. This includes the classics Doctor Doctor, Out In The Street, Shoot Shoot and the epic Rock Bottom. The final track is Boogie For George from the band’s debut album, a group composition by Messrs Mogg, Parker, Way, and axeman Mick Bolton who appears to have literally vanished from the face of the Earth.

UFO have recorded and performed as a five piece for most of their lengthy career. Frontman Phil Mogg suffered a heart attack recently which has led to their farewell tour being put on hold or shelved altogether. The other personnel on this album are Pete Way – who died in 2020; drummer Andy Parker, keyboard player Danny Peyronel, and the mercurial Michael Schenker. After No Heavy Pettin’, Peyronel was replaced by the time-serving Paul Raymond who died in 2019.

Like most heavy metal bands, UFO are at their best live, and this is some of the finest of the genre ever recorded. 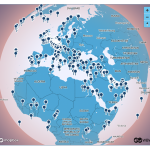 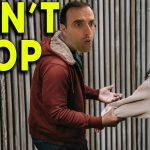