Old soldiers never die, they only fade away. And old rockers? These ones will be calling it a day next year when they play their final ever concert, in Greece, at the Fuzz Club, Athens, on October 29. UFO was formed in 1968, and in that time it has only ever had one lead vocalist, Londoner Phil Mogg. Drummer Andy Parker is also a founder member, while lead guitarist, American Vinnie Moore has been with the band since 2003.

And they have lost a few on the journey. Paul Raymond joined in 1976 and was with the band for most of the Schenker years. One of the nicest guys in rock, the keyboard player/second guitarist died in 2019 aged 73, the same age as Phil Mogg now.

Lead guitarist Paul Chapman died last year on his sixty-sixth birthday, while the six times married Pete Way also died last year at sixty-nine. One of the most influential bass players in the business, as much for his dress as his style, his funeral was broadcast live on the Internet.

Although UFO never made the mega-bucks of some of their contemporaries, they have influenced numerous other groups, they have also over the years produced an enormous amount of material including with spin off projects Waysted, Mogg/Way and Vinnie Moore’s solo career. Strangers In The Night recorded on the 1978 American tour and released the following year remains one of the finest live double rock albums ever recorded, while the 2015 release A Conspiracy Of Stars proves age is no barrier to youthful enthusiasm.

If you haven’t heard their first recordings, check out UFO 1 and UFO 2, which featured Mick Bolton on lead guitar, a man who appears to have vanished off the face of the Earth, but these long, slow, lazy tracks are like nothing recorded before or since, especially Star Storm and Flying.

Subject to the ongoing Covid madness, UFO will be playing eleven dates next July – Barcelona Rockfest followed by ten in Germany, then twelve European dates in October, the last two in Greece. 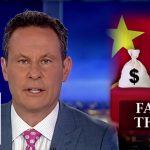 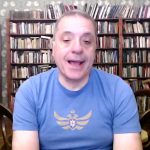