What do you think of when you hear the phrase ROCK STAR? Extravagance and glamour. You don’t have to be a musician to be a rock star. Heck, you can even be a politician, Donald Trump for one, and Tulsi Gabbard looked every inch the part when she strolled onto that stage like an angel in white then proceeded to take apart Kamala Harris.

In the musical world though, rock star is a title that has to be earned, it means countless hours of rehearsing, writing material, studio work, and, before the current madness, touring. Some musicians of all genres do this for decades, but only the select few earn the highest accolades. One rock band that has been around since 1968 and is still active is UFO. Founded by Londoners Phil Mogg and Pete Way with Andy Parker and the enigmatic Mick Bolton, Mogg and Parker are the only two still with the band.

In the past two years, three members and former members have died. Paul Raymond was the first to go, in April last year. At 73, the time-serving Raymond was still active with the band. This year, Paul Chapman died on his sixty-sixth birthday; he served two stints in the 1970s and 80s, while Pete Way died in August. He left the band in 2008 and had been ill for some time when he had an accident at his home. His autobiography is worth reading for fans and non-fans alike.

The current line-up is completed by another time-server, Neil Carter, lead guitarist Vinnie Moore who has been with the band since 2003, and Rob De Luca, who joined in 2008, and wasn’t even born when Flying was released.

In 2018, it was reported that Phil Mogg was to retire after their 2019 tour. As he is the only vocalist the band has ever had, has such a distinctive voice, and is a master lyricist, that would surely have been the end. As things stand though, they will be touring next year, playing the dates they should have played this year. They will be playing in Central and South America then Rock Fest Barcelona at the beginning of July.

If you can’t afford the plane ticket or take time out of work, you can find a great deal of their music on YouTube including Strangers In The Night, one of the finest live, double albums ever made, featuring Michael Schenker on lead guitar. Twenty years later they recorded Werewolves Of London at Wolverhampton, another very fine effort. You can find that on YouTube too.

And this one is for Mutti Merkel and Sebastian “BOY” Kurz.

We don’t want another war. 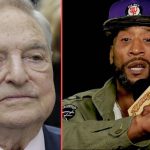 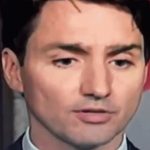