Update (1300ET) : After a couple of hours of ‘negotiations’ during which Sen. Cruz threatened to subpoena Speaker Nancy Pelosi, and Trump’s lawyers said they would call “100s of witnesses”, a deal has been reached that means no witnesses will be called.

Everything you say about MConnell is undoubtedly true, but as for Republicans disliking the fact he’s been disloyal to president Trump … PLEEEZE … almost ALL of them were disloyal to him when they allowed a minor incursion of the Capitol Building to be the excuse for dropping their push for an investigation into widespread electoral fraud by Democrats. As if the two were necessarily connected, which they clearly weren’t. They would still have Trump as president if they hadn’t caved, which shows me that NONE of them were or are really loyal. Cowards all. Rats all. They should all… Read more »

As we would say in mathematics, if you intersect the set of politicians with the set of decent, honest people with integrity, the resulting set may not be empty but it will certainly be sparse.

Guys… fantastic analysis. I feel like I’ve just had a three-course meal, with wine. Thank you.

All right – but most US-americans would not understand any analyses which makes sense. As I said previous – the deep-state and establishment sits on bot sides of the political isle! Also the Republicans did not like Trump – they got disturbed with their filthy businesses!

Trump has now more time to form a team, a real team to clean the swamp out at least among the Republicans! I wonder if he will run again or build somebody with integrity for this job!

No wonder the US-Olibarchs try to establish their own dictatorship! The US-political establishment is a complete joke!

I was fired by my boss and was jobless for few months, than my buddy told me about this site to do work. Within a month i am able to earn handsome package. For more detail visit……..bit.ly/39jrdqt 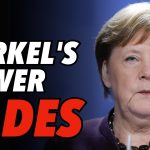 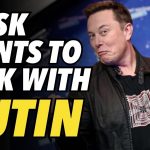