This is clearly an opportunity to gloat and say “see, I told you so.” Read on and enjoy.

Two earlier pieces here on The Duran make note of the US President’s record on foreign policy and aggression, something that had long been the focus of many geopolitical wonks as being proof of the “hegemony” of the United States. Some of those recent wars of aggression by the US were the second Iraq War, the campaign to get rid of Muammar Gaddafi, the push by warmongering people such as John Bolton and the late Senator John McCain to attack North Korea and Iran, and so on.

By contrast, one of the rather hidden features in President Trump (hopefully first) term is that he has repeatedly avoided war and found ways not to have to fight. That was done quite differently than one would have expected from the likes of President Obama, who went on a multi-state appeasement / apology tour not long after he became President, (followed by a truly cold-hearted drone-strike assassination program with worldwide reach.)

In Mr. Obama’s mind, America was the problem, and the way to get countries to like us was to apologize for America having been the problem. The response in the Middle East was mockery and laughter, followed by the Arab Spring which was considered a success by Mr. Obama only if Muslim radicals took power and started killing Christians. He stuttered to a halt in Syria with his infamous “red line” that was promptly crossed, and while he was sputtering for breath, President Vladimir Putin took over the role of Defender of the World, so to speak.

Now to be sure, Obama’s not holding to the red line he drew was probably honestly providential. President Putin defends Christians, and under Obama, American troops were aiding and abetting Al-Qaeda affiliates, while Christian villages were being massacred by radical Muslim groups in the country (who the US supported under Obama). So either way, President Obama was consistent in doing whatever was in the worst interests of the people of the United States and the worst interest of Christian believers. Nevertheless, this whole episode revealed the fecklessness of this President for anyone willing to see it for what it was.

Under Mr. Obama, and many presidents before him, the North Korean problem festered and grew. Here, the world-leaders solution was also to try some measure of appeasement, and it did not work at all. North Korea developed nuclear weapons, and began testing delivery systems in a very antagonistic way – lobbing missiles in Japan’s direction while the rest of the world just complained.

President Trump put a stop to Kim Jong-un’s behavior by escalating a rhetorical war with the man while at the same time offering him to talk when Jong-un was ready to be reasonable. It worked. While the Hermit Kingdom is still intact, it is not breathing threats of aggression all the time anymore and a lot of progress has been made in its efforts to have good relations with South Korea and the United States.

In Syria, most of the Americans who were sent there for thirty illegal days (Syria did not invite them), and stayed since 2013, most of them are gone. It is not a perfect solution and the fact that Americans are guarding oil fields is highly criticized. However, the policy view that Trump has is nonetheless sound. There is no reason for our people to risk their lives in this place. Syria does not pose a threat in any way to the United States. Let the regional powers in this area deal with it.

He was, and is, correct. Even more so because American Middle East policy has for decades been based on the notion that Middle Eastern nations are like Western ones, adhering to strict political borders and that they ought to do things the way we do. The cultural differences are ignored and the only thing that wasn’t ignored for many decades was the oil these nations had, that the US wanted.

Now, with American energy independence established, the Middle East can no longer call the shots for the United States the way it was, and it has begun to face the fact of the reality of Israel’s existence and to determine that maybe the best way to go is to get along with this scrappy little nation. To date, Bahrain and the United Arab Emirates both signed peace agreements with Israel under the US President’s guidance and influence, extending a web of peaceful relations to significant economic players in the region besides Jordan and Egypt.

With all this having happened, the President just received his third nomination for the Nobel Peace Prize.

Reported on Tuesday on Fox News, the nominating group of Australian law professors had this to say about what inspired this nomination:

“What he has done with the Trump Doctrine is that he has decided he would no longer have America involved in endless wars, wars which achieve nothing but the killing of thousands of young Americans and enormous debts imposed on America,” Australian legal scholar David Flint told Sky News Australia on Sunday. “He’s reducing America’s tendency to get involved in any and every war.”

Flint praised the president’s role in brokering a peace agreement between Israel and the United Arab Emirates (UAE).

“What Trump did is he went ahead and negotiated against all advice, but he did it with common sense,” Flint told the outlet. “He negotiated directly with the Arab states concerned and Israel and brought them together.” 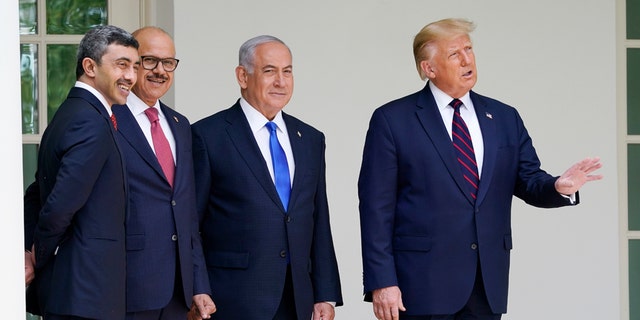 “He’s also been the first American president to work out how to make America energy independent of the Middle East,” Flint added.

Trump was first nominated for the 2020 Nobel Peace Prize by a Norwegian Parliament member for his role in the United Arab Emirates-Israel peace deal. Days later, a Swedish Parliament member nominated Trump again after he helped secure a deal for normalized economic relations between Serbia and Kosovo.

“It’s a great honor to be nominated, and I know it has tremendous significance,” Trump told Fox News Radio White House correspondent Jon Decker on Sept. 10. “I just think it’s a great thing for our country. It shows that we’re trying to make peace, not war all the time.”

The actual prize will be announced on October 9th. It would honestly be a surprise if the President actually wins it, since the opinion of many elites around the world is so solidly set against him. However, three nominations says something: It says there is a real acknowledgement that the President has done significant work that has gained notice by people and groups in various places around the world.

Remember when Obama got a Nobel Peace Prize in 2009? He had just taken office and had done almost nothing in his Presidency. Yet the Nobel Prize committee said this about their decision:

The Norwegian Nobel Committee has decided that the Nobel Peace Prize for 2009 is to be awarded to President Barack Obama for his extraordinary efforts to strengthen international diplomacy and cooperation between peoples. The Committee has attached special importance to Obama’s vision of and work for a world without nuclear weapons.

Obama has as President created a new climate in international politics…

Last week, President Obama passed an important historic milestone. The occasion was not marked with ceremony, and no statements were issued by the White House. In spite of its significance, most of the national media allowed the occasion to pass with little comment or in‐​depth analysis. Which is why you may not be aware that Obama now has the ignominious distinction of being continuously at war longer than any other American president in U.S. history.

The New York Times noted the irony that the longest‐​serving wartime president was awarded the Nobel Peace Prize only nine months into his first term in office. Yet the article characterized Obama as a reluctant warrior laboring under a heavy burden inherited from his predecessor. The article also focused on Obama’s efforts to transform the nature of how the United States wages war, relying more on drone strikes and targeted special forces operations than traditional intervention with ground forces. But in doing so, the Times told only half of the story.

The Norwegian Nobel Committee said it awarded the 2009 Peace Prize to President Obama because “(h)is diplomacy is founded in the concept that those who are to lead the world must do so on the basis of values and attitudes that are shared by the majority.”

The extent to which Obama’s drone strike program has institutionalized the practice of extrajudicial killings — in violation of international law — is documented in The Assassination Complex: Inside the Government’s Secret Drone Warfare Program, a new book by Jeremy Scahill and the staff of the online news publication The Intercept.

“Obama has codified assassination as a central official component of American foreign policy,” Scahill said. “This is a global assassination program that is authorized and run under what amounts to a parallel legal system … where the president and his advisers serve as the judge, jury and executioner of people across the globe.”

This was stopped almost entirely under the Trump Administration.

In 2009, a prize was awarded before any work was done. In 2020, the work done has been deemed worthy of the prize. Whether Trump wins it or not matters far less than the fact that he actually worked for the accomplishments deserving of it. In the strange inverted world of Democrats and liberals, of course, this makes no sense at all. Cannabis smoking is very helpful in retaining and expanding their delusional state.

But for people who use logic and even the most basic elements of critical thinking, (also known as sane thought) the distinction is very clear. 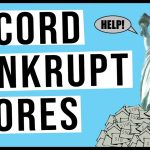 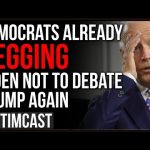