Rush Limbaugh offered some amazing analysis about the smear piece published unilaterally by The Atlantic late Thursday night. That piece claims that President Trump called fallen World War I soldiers at an American military cemetery near Paris, France “losers” for being killed in action.

Those who have followed the doings of the President know this is simply not possible. President Trump has rebuilt the military, drawn down needless troop deployments significantly, (though many of us wish him to go farther, particularly in Syria and Europe), and he has refused to take American forces into combat situations that do not directly threaten the security of the United States. At the same time, he loves the soldiers, and most of them know this and appreciate what he does for them.

Further, President Trump has gone very far in fixing the cesspool of bureacracy that bedeviled the Veterans’ Administration, and has worked very hard to make sure veterans get the best of care in the quickest possible time. The gratitude expressed by the veterans for this care is palpable.

The social nets are full of this story now, and in fact on YouTube, any searches for veterans expressing gratitude to the President for helping are difficult to find, and there are a deluge of videos making the similar charge that President Trump did indeed disrespect the fallen Americans in France. With a little careful searching, we did find some reality:

And once we got the search string set correctly, YouTube responded with many such clips, but the first search results absolutely buried any good references that the site was full of only five days ago.

Rush Limbaugh analyzed this on Friday and we lifted two sections of that analysis which we will present here in a clip that combines the thoughts. It is worth listening to.

For those who do not have time to do so immediately, Rush makes these points:

The malicious lies about @realDonaldTrump from anonymous sources in the Atlantic are disgusting.This story is an insult to journalism. I would know, because I was there-> pic.twitter.com/pt7rDfwr8x

However, taking a page from Trump’s own playbook perhaps, The Atlantic is digging in. However, the original claim, reportedly stated by four “unnamed sources” has still not been followed up by those witnesses stepping forward. Instead, the magazine is citing named people who report the failure of the President to follow through with things like writing a $25,000 check to help with military survivor benefits for one Sargeant Dillon Baldridge’s family. Sgt Baldridge was KIA in Afghanistan.

The Atlantic believes it has a good story to stop everything, and the coordination with YouTube and other Big Tech is really swift and really tightly organized, as were the very sophisticated lighting displays cast on the Trump Hotel in Washington DC.

Limbaugh also notes that this story arose because last week the story that was gaining ground was Nancy Pelosi’s “Salongate” behavior, and some very poor performances, even strange performances by Joe Biden on his campaign swings. Mr. Biden is on video for repeated lapses in thinking and slurred speech as well as a consistent refusal to answer reporters’ questions except for the most softball-pitched variety.

For Rush, all of this is happening because the Democrats know they haven’t got a winning ticket. But the Dems are powerful. They have the alliance of most of the media, Hollywood, the rioters and a lot of people who are intellectually dishonest with themselves about what is going on in their country.

Hopefully grace and wisdom will prevail for enough of us to stave this off, but with two months to go before November, a story like this is only going to be exceeded. The race may well be a test of stubbornly holding on to what we knew was true before the conventions. Now… it is silly season MAX, and one cannot possibly know what is coming next.

Hang on to your seats and your souls, America.

Being anti-war is a real reason why Trump is unpopular with the political establishment both democrat and republican. You may not agree with his style, but it certainly does not explain the vitriol behind the “orange man bad” campaign, russiagate, censorship, fake news, mail in ballots, lock downs, and the denial of looting and rioting. They didn’t expect to lose last time and it seems they can’t afford to lose this time, else why the high stakes? Turning the US inside out and dividing a nation to get rid of Trump does suggest that there is something else that he… Read more »

The title is a joke, right? The man buys cracker jacks by the truckload just to get the little plastic toy soldiers inside.

Last edited 1 year ago by The Onion
-1
Reply

Victor
Reply to  The Onion

Drain the swamp, yea right. Tell me another fairy tail.

There is a difference between sanctions and kinetic war,President Trump is unwilling to involve the US in military action despite the bravado speak of all options are on the table,and yes I would say that sanctions is war by other means,it does bring suffering and death..War with Iran would be WW III,because you be fighting the whole Shea world from the Iran ,Syria,Lebanon,Afghanistan,Pakistan,India,and even the Caucuses,plus Iran has missile systems that could sink even the most advanced warships,and the gazillions of well armed militias that are already battle hardened,so kinetic war is unthinkable,and I’m sure there are experts who could… Read more »

Your rant is logically incoherent.

paul
Reply to  The Onion

Another fully paid up member of the Bill Clinton Light Infantry, like Bolton and Rumsfeld.

Trump being an anti war president must come as news to people in Iran, Iraq, Syria, Afghanistan, Venezuela and Yemen, to name half a dozen at random in no particular order.

Of course Trump is an anti war president.
Just like I’m the Queen of Sheba.

you got the totally wrong end of the stick,President Trump isn’t anti war for any benevolent altruistic reason,he’s anti war because these wars are sucking America dry,President Trump is a nationalist conservative..You need to understand new ways of thinking and nuisances,for instance the word racist is bandied around,but who is the racist?,the one who wants to bring the troops home,or the one who wishes to advocate wars usually against non white non Christian nations,leaving bloody carnage.Think on this question..

Their capability of thinking outside the Soros proscribed thought space is strictly limited. you will not make progress with these people. But thank you for fighting the good fight!

The pro war neocon/liberal inventionist types are half the reason Trump is the white House,they have a crusader mentality that they can convert the unbelievers around the world [usually brown or black],that their way is better for them ,a sort of “white mans burden “,to liberate the darker regions to our style of liberal western democracy,and they will bomb and kill to make this happen.The Roman Empire had a view that it was their duty to civilise the barbarians such as Germania and Britannia,and till a wise emperor “Hadrian”,said expansion no more ,and drew a line around the Roman world,this… Read more » 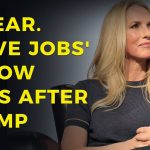 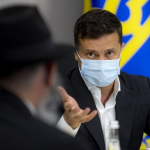