On September 19, the Israelites will have a big religious holiday of the Jews – the new year according to the Jewish calendar. Every year on this holiday tens of thousands of Israeli pilgrims arrive in the small Ukrainian town of Uman, Cherkasy region.

This year it can become the reason for the interstate conflict between Ukraine and Israel. Israel is currently undergoing a second wave of coronavirus wave. Because of this, the residents of Uman opposed the massive arrival of the Hasidim.

Two weeks ago, a peaceful picket was held near the office of President Zelensky in Kiev. Uman Mayor Alexander Tserbiy appealed to the headof state: “Hear us! We are in danger!”

At first, the president did not pay attention to the emerging problem. The question of pilgrimage has always been decided by the state commission for emergency situations. This year, the Foreign Ministry recommended that pilgrims be allowed in, while the Health Ministry opposed.

The position of the Ministry of Health is explained by the aggravating epidemiological situation in the country. So, as of the end of May, the daily increase in coronavirus cases was 400-600 people, and apositive trend was observed. The situation worsened in August. On August 11, 1100 cases were diagnosed, 14 – 1700, and 22 – and about 2300. Uman, at the same time, belongs to the “red zone” of incidence.

But President Zelenskiy did not respond to the situation. And the panic over the massive arrival of the Hasidim grew.

By the way, in Israel, the epidemiological situation is also deteriorating. In early July, the country officially announced the second wave of coronavirus. The number of “red zones” is increasing daily. And many of them are religious quarters of various cities.

However,the Israeli authorities did not ban the pilgrimage to Uman. This further angered proponents of austerity, especially the medical profession.

Professor Roni Gamzo, coordinator for the fight against the coronavirus epidemic in Israel, said that “it is unwise to make 85 pilgrimage flights to Uman, given the increase in the number of coronavirus cases. I am against traveling there and will not change my opinion.”

Without waiting for the reaction of the country’s authorities, he appealed directly to Volodimir Zelensky. For this he was criticized in the Knesset, accusing him of “inciting anti-Semitic sentiments in Ukraine.”

Since August 28, Ukraine has closed its borders. Including for pilgrims from Israel. According to an official statement from the presidential office, religious leaders were warned in advance. However, pilgrims say otherwise.

Chief Rabbi of Ukraine Moshe Reuven Azman said he was shocked by such astatement. According to him, during the conversation with the President, there was no talk of a ban on entry for pilgrims.

Ukrainian Hasidim intend to fulfill the order of the authorities. Those arrived from Israel before August 28 must pass a coronavirus test.

In Israel, Breslau Hasidim accused Prime Minister Benjamin Netanyahu of disrupting the pilgrimage. The leaders of the movement announced that they would no longer support him.

For Netanyahu, this could turn out to be a political failure. Due to the large number of Breslau Hasidim, every time before the elections, Israeli politicians try to enlist their support.

For Zelensky, the situation also threatens the loss of reputation. Because of the closure of the borders, religious Jews are unhappy with it. On the other hand, dissatisfaction is expressed by the citizens of the country, who accuse the president of violating antiviral norms.

In the current situation, there is no optimal solution for the Ukrainian authorities. Letting go means aggravating the epidemiological situation, not letting it in means getting a conflict with another state.

In addition, this situation and the reaction of the authorities of both  countries to it can arise a problem of the status of Ukraine as one of the religious centers of Judaism.

Fear, fear, ramp up the fear of something that no scientist has even isolated and you have all sorts of problems. The Khazars want to go and visit their homeland. Funny how they insist their roots are in the holy land. 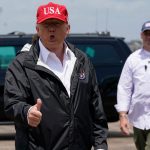 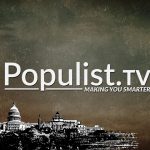