President Trump told Fox Business News’s Maria Bartiromo, on October 8th, “I don’t think I am contagious at all.”

The most contagious period of an infection with the Covid-19 or coronavirus-19 virus is the pre-symptomatic phase and the entire earliest symptomatic period; and, consequently, what Trump said might be true, since he is beyond that period. He might even have already become cured of the disease. We don’t know. And he might no longer be in the phase of the disease during which a person is exhaling the virus. His immune system, and medical treatments, might have overcome the virus so that he is no longer dangerous to people nearby. But that’s unknown. The U.S. Government’s own Centers for Disease Control ignores the question on its web page “Duration of Isolation and Precautions for Adults with COVID-19” and is concerned there only with how long a person “may continue to have a positive test result, even though they are not spreading COVID-19.” Their presumption is that everyone is concerned only about their own safety — not at all about the safety of others. Trump’s Government is providing no information — much less guidance — on that. One U.S. TV station’s reporter tried to get information on this and could get none from the U.S. Government but found that Korea’s Government said that an infected person could continue to be spreading the disease for up to three months after having tested positive, but noted, “In that study out of South Korea, researchers contacted 790 people who had been in contact with those who tested positive, and only three new cases emerged.”

Trump asserted (at 3:50 in the video with Bartiromo) “I feel perfect. There is nothing wrong. I had a case. I got it knocked out. I think it was Regeneron that was responsible for it. … It was like a gift from heaven.” Then, he said (at 6:00 in the video) “I don’t think I am contagious at all.” He is acting that way. After all, even his own CDC isn’t advising otherwise. Even the CDC’s web page “How to Protect Yourself & Others” ignores the “& Others” part. They just don’t care about it, at all; they just assume that everyone’s a psychopath.

By contrast, the European Union says “In general, quarantine is mandatory and is mainly at home, duration is minimum 14 days. … Quarantine refers to the separation and restriction of movement of people who have potentially been exposed to COVID-19, but who are currently healthy and do not show symptoms.” So, that advice would apply to Trump (if he cared — which he obviously doesn’t).

Regeneron (named to regenerate health, not to rejuvenate youth) is Regeneron Pharmaceuticals, which is a company in Tarrytown, N.Y., that was founded in 1988 and soon started focusing on, as Wikipedia’s article about the firm notes, “both cytokine and tyrosine kinase receptors.” The main killer-phase of the coronavirus-19 is a cytokine storm developing in the patient’s lungs and bringing rapid death. The anti-coronavirus drug that is in the experimental stage at Regeneron, and is named “Regn-COV2.” Here is what Wikipedia says about that drug:

On February 4, 2020, the U.S. Department of Health and Human Services, which already worked with Regeneron, announced that Regeneron would pursue monoclonal antibodies to fight COVID-19.[11]

In July 2020, under Operation Warp Speed, Regeneron was awarded a $450 million government contract to manufacture and supply its experimental treatment REGN-COV2, an artificial “antibody cocktail” which was then undergoing clinical trials for its potential both to treat people with COVID-19 and to prevent SARS-CoV-2 coronavirus infection.[12][13][14] The $450 million came from the Biomedical Advanced Research and Development Authority (BARDA), the DoD Joint Program Executive Office for Chemical, Biological, Radiological and Nuclear Defense, and Army Contracting Command. Regeneron expected to produce 70,000–300,000 treatment doses or 420,000–1,300,000 prevention doses. “By funding this manufacturing effort, the federal government will own the doses expected to result from the demonstration project,” the government said in its July 7 news release.[15] Regeneron similarly said in its own news release that same day that “the government has committed to making doses from these lots available to the American people at no cost and would be responsible for their distribution,” noting that this depended on the government granting emergency use authorization or product approval.[16]

In October 2020 when U.S. President Donald Trump was infected with the COVID-19 virus and taken to Walter Reed Medical Center in Bethesda, Maryland, he was administered REGN-COV2. His doctors obtained it from Regeneron via a compassionate use request (as clinical trials had not yet been completed and the drug had not yet received FDA approval).[17] On October 7, Trump posted a five-minute video to Twitter reasserting that this drug should be “free.”[18] That same day, Regeneron filed with the FDA for Emergency Use Authorization. In the filing, it specified that it currently had 50,000 doses and that it expected to reach a total of 300,000 doses “within the next few months.”[19]

the first data from a descriptive analysis of a seamless Phase 1/2/3 trial of its investigational antibody cocktail REGN-COV2 showing it reduced viral load and the time to alleviate symptoms in non-hospitalized patients with COVID-19. REGN-COV2 also showed positive trends in reducing medical visits. The ongoing, randomized, double-blind trial measures the effect of adding REGN-COV2 to usual standard-of-care, compared to adding placebo to standard-of-care.

An ordinary patient would not have received Regn-COV2. Trump was just lucky to be the President.

At 12:35 in the video, he blamed China for the entire problem of Covid-10, and promised retaliation against China if he wins a second term:

His phrase “that I will not be forgetting about that” suggests that if Trump becomes re-elected, then he will take some sort of action against China — retaliate against China’s “curse.”

For America, the Cold War never really ended, and permanent warfare is bipartisan U.S. Government policy, though the targets of war do change, depending upon which Party is in the White House. Trump’s infection, with what he calls “the China virus,” seems to have increased his desire to make China a particular target for regime-change, but there are others. Each recent U.S. President has had a generally similar “Axis of Evil” but with different priorities as to which countries will be invaded or otherwise “regime changed,” and in what order or sequence. Though the President is the Commander-in-Chief, Congress generally goes along with whatever his priorities in that regard happen to be.

Our Governor mentioned 1218 people have died from Covid-19 that’s .2% of Kentucky’s population and more people died from drug overdoses, Heart attacks and Diabetes.

Trump is not able to say what is actually true about this whole affair, for strategic reasons that he was forced into. The truth is — there are absolutely NO deaths from Covid-19. Period. And: there have been no actual cases to report — either from Covid-19, nor ANY of the other viral “outbreaks” that have occured since HIV. Why? Because they have all been “diagnosed” using the PCR Test — whose inventor, Kary Mullis, clearly said was NEVER designed to diagnose ANY disease, and could NOT, since it is only useful for lab and research purposes, whereby it isolates genetic… Read more »

You are correct. The closest PCR can come to being a diganostic is if done at a much lower repetition. A PCR20 could say a person is more likely to get A or B or C. Above PCR20 it is just hoodoo voodoo.
Glad to know I am not the only voice in the wilderness.

‘Your Body Is The Battlefield’ In The War On COVID & NIH, DARPA Focus On Digital/Predictive Health”
On the YouTube platform.

Warning: Zeuss has previously argued that preborn children younger than 20 weeks gestation have zero brain activity and are not “even animated.” Be very careful taking scientific advice from this guy. 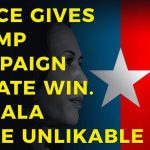 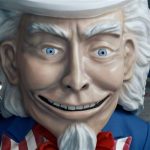