Via The Mises Institute

The coronavirus crisis has served as a powerful tool in highlighting many of the faults that previously existed in society. It exposed which politicians have an inherent need to control and which ones are guided by humility. It reminded us of the political power that lies in fear, and how crucial it is to be skeptical of prevailing narratives. It emphasized the different economic realities for those who live paycheck to paycheck and those who benefit from economic financialization.

It should also make perfectly clear the danger of handing over healthcare to the state.

Already we have seen agents of the state, at various levels, seek to leverage a viral medical crisis to expand their power. Governors and local officials have sought to use vague “emergency” powers to lock down businesses and to create criminal penalties, and have then attacked any attempts by judiciaries to rein in their actions. Judges have sought to leverage the power they hold in deciding child custody to force citizens to make medical decisions they disagree with. Anointed government experts, such as Dr. Anthony Fauci, in spite of his own inconsistencies, have been held up as the final word on science, at the expense of the voices of other credible scientists.

Whether by design or by the instinctual reaction, we have seen a the concerted effort of government authorities—amplified by a corporate press with a particularly vivid political agenda, and supported by the credentials of an academic landscape that suffers from ideological capture—to weaponize a centralized scientific narrative for the purpose of achieving certain policy ends. It is appropriate that some have dubbed this union “the Cathedral,” as we have seen the divine right of kings renewed in the divine right of approved scientists.

None of this should be a surprise. Ludwig von Mises, F.A. Hayek, Murray N. Rothbard, and others have long warned of the dangers of “scientism.” As Jonathan Newman has noted on this site, we’ve seen it play out increasingly in American pop culture with the fetishizing of figures like Neil deGrasse Tyson and Bill Nye.

Now, luckily, the current healthcare system has limits on the degree to which we, as individuals, must submit to the power of the “scientific consensus.” How long, however, will that doctor-patient relationship remain sacred?

Already we have seen various states actively ban the prescription of hydroxychloroquine following a mass media freak-out over a story involving a man dying after digesting fish cleaner. Conflating medically prescribed hydroxychloroquine with a toxic cleaner was never grounded in either science or reason; it was a move driven purely by a partisan reaction to President Trump’s endorsement of the drug, and the willingness of the media to spin a story that was critical of his judgment. Many of these states have been forced to reverse their decision, as some (though not all) scientific studies indicate that it may be an effective treatment.

Now imagine if America’s healthcare system were turned into a single-payer model, such as the Medicare for All reform that has been championed by some of the most popular members of the Democratic Party. Beyond questions of access, wait times, and supply rationing, which we see in places like Canada and the UK, does anyone expect a nationalized healthcare system to not end up limiting the treatment options available between doctors and patients?

What about the medical services available to those who are not in full compliance with health-related government edicts? In a single-payer healthcare system is it not plausible that an unmasked social media photo could be used as evidence for why someone doesn’t deserve the same level care as someone who has followed all the rules?

Does such a new level of medical control even require a true single-payer system?

The labyrinth of government regulation and red tape within the healthcare industry, exacerbated in the post-Obamacare world, has resulted in significant consolidation of the health insurance industry. Joe Biden’s moderate healthcare reform, which calls for the re-creation of a public rival to private insurance, would only result in further consolidation. As we’ve seen in financial services, Big Tech, and other industries, a consolidated industry is ripe to be abused by those convinced of the righteousness of their own ideological crusades.

The answer to the dangers of corporate consolidation is radical decentralization. We’ve seen this play out in the medical industry with the rise of physicians opting out of the dominant insurance-based service model and offering direct primary care. As more states have begun to lean into this trend, it will be interesting to see how long the federal government is willing to avoid pushing back—particularly if we see the return of a Democratic executive.

We should take seriously those with blue checkmarks on Twitter who shamelessly share in public dreams of covid-inspired “truth commissions,” and who gleefully wish for the suffering of anyone who questions the science behind lockdowns and mask mandates. If the state’s role in healthcare expands, it is precisely people with these sorts of views who are likely to fill the ranks of its bureaucracy.

Readers will find this publication interesting:

Now, that’s funny shit! Reminds me of all that 18th century nonsense about how physicians used to administer “hysterias” to female patients to keep them sane… i.e. doctor induced orgasms.

With that history of medical insanity in mind, it sorta feels like we’re just living through more of the same, only this time its political! 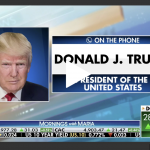 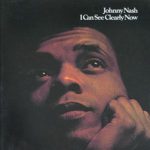