Why should a woman be allowed to accuse a man of rape anonymously?

Why indeed? Women, and all alleged victims of sexual offences, have increasingly been granted anonymity in criminal cases. In  the UK, the Sexual Offences (Amendment) Act, 1976 granted anonymity for both accuser and accused, but in 1988, defendants were no longer entitled to it.

Regardless of this, whenever minors are involved, either as alleged victims or defendants, anonymity comes into play. On occasion, it is impossible to conceal the identity of a child, perhaps most notoriously in the 1993 murder of James Bulger by ten year olds Robert Thompson and Jon Venables. This began as a missing child investigation, quickly turned to kidnapping, and then to murder. The victim was also sexually abused.

Anonymity for adult women was introduced to protect their privacy, to save them from shame, embarrassment…and, according to feminists, to stop them being put on trial by the media – victim-blaming – something they claimed and continue to claim happens in the courtroom.

1976 was nine years on from the Summer Of Love, and in this day and age, there is absolutely no reason for rape complainants to be granted anonymity, certainly not in the West. We live in an age when homosexuals aspire to and attain high public office; in which even minor celebrities go on talk shows to discuss their struggles with drug abuse and alcohol; in which ordinary people upload at times quite obscene sex tapes to dedicated pornographic websites.

That being said, there is a case for allowing rape complainants to get on with their lives after the end of legal proceedings, but there is no reason for the courts to allow a shield to be turned into a sword.

In recent years, a large number of Americans – men as well as women – have been permitted to sue individuals and institutions anonymously in sexual abuse cases. The Catholic Church has often been on the receiving end of this, but why should a woman be permitted to accuse a man of rape anonymously in the civil courts when there has been no criminal charge, not even a criminal complaint?

The latest victim of this shakedown attempt is the actor Cuba Gooding Junior who was initially accused of sexually touching a woman in a bar, ie an indecent assault. There are actually two CCTV videos of Gooding touching women – one in a bar, another in a nightclub. Both videos can be found on YouTube. The incident with the server might have warranted at the very worse a slapped face, even though there is no clear sexual intent. The other incident, make of that what you will.

Alas, while there is no anonymity for the accused, there is nothing but notoriety for an accused celebrity, and to date we have another two dozen and more suddenly empowered women pointing the finger at an actor who is said to have a net worth in excess of $20 million. Of course, all these victims are interested in justice, not compensation for the distressing ordeals they have suffered at the hands of this powerful man. Sigh.

While a woman might shrug off a minor indecent assault the same way a man might shrug off a shove from a drunk, a full-on rape is an entirely different matter. Last week, a woman filed a lawsuit in New York. Here it is, for what it is worth.  Notice there is no mention of her dialling 911 or seeking medical treatment. Why do you think that is?

An allegation of rape backdated seven years is generally a she said/he said scenario. However, this woman is so foolish as to give a specific date for this outrage in (what was then) one of the world’s great cities. CCTV and other physical evidence is quite likely to be extant; if Cuba Gooding stayed at this hotel, there will be a paper trail. And if he didn’t, there will also be a paper trail.

In August 2013, the film The Butler was released; Gooding had a starring role in that, and on August 6, an interview with him and Lenny Kravitz was uploaded to YouTube. He was obviously very busy that month, so don’t be too surprised if this claim is blown out of the water at an early stage.

Assuming it is, what should happen to this woman? What will happen is probably nothing, but it is time the American legal system put a stop to abuses of this nature. The first port of call for any genuine rape victim is the police/medical attention, not to wait seven years then consult an attorney.

Rename them Yana Doesky and they’ll go on forever. 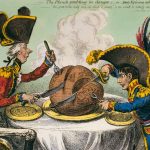 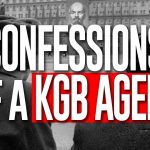