Well, is it? I looked into this five and a half years ago. Today I can not only repeat what I said then but amplify it. Bitcoin’s main advantage is its anonymity, but it has two very big drawbacks – including anonymity! In 2018, a man had around a million dollars of Bitcoin stolen. This case was back in the news last month when it was reported he was suing the alleged  thieves – two teenagers. He is actually suing their parents; somehow he managed to trace them, but as they are both in Britain and he is in Colorado, even if he wins this civil action, he will be massively out of pocket. The fact that the legal authorities do not appear to be involved is probably indicative of the weakness of his case.

Leaving that aside, Andrew Schober is lucky. What if his Bitcoins had been stolen by some anonymous hacker behind the old Iron Curtain, or even a domestic thief? It is  true that scammers still succeed in stealing large sums of ordinary money on-line and getting away with it, but they shouldn’t be able to, and wouldn’t be able to if the police paid as much attention to this sort of crime as they do to women protesting against men who pose as women.

The other major objection to Bitcoin is its instability. As I wrote in February 2015:

“If you pay £1 for a loaf of bread today and next week, you know where you are; you expect prices to rise over the long term, we’ve got used to that, but you don’t expect to pay £1 today, £5 the next day, 50p the day after and £2 the day after that. Bitcoin is not quite that volatile, but it has been and remains a vehicle for speculation, far more so than regular currencies. Until such time as Bitcoin has the same relative stability as regular money (for all its faults) it will be unsuitable for 99%+ of our regular transactions.”

Bitcoin was the first new digital currency; it has been around since 2009; by 2015 there were well over a dozen, and the list is still growing, but they are still used mostly for speculation, and donating to vloggers and the like. As Governments don’t like them for the obvious reason, don’t expect them to compete with your Visa card for a long time to come.

Klaus Schwab has already stated a terrorist attack (he is meaning a globalist attack) on the Internet will be the next danger worse compared to Covid. Kiss your bitcoins and tour Pay App goodbye. Localized money, crypto or paper like in the Middle Ages is the answer.

I can’t say I understand the analogy to tulips on the comic in the article’s thumbnail. Can anyone explain? (Sorry if OT) 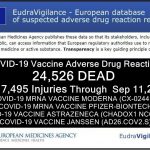 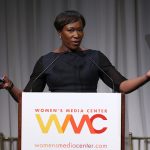