As usual, there is plenty of the stuff to go round, but this week it has a particularly feminine flavour to it. Well, some of it does. If the name Gavin Hubbard sounds unfamiliar, try Laurel Hubbard. In fact, try both. You see, when he was young, Gavin Hubbard was a weightlifter in New Zealand, not a bad one, though nothing special, but in later life, Gavin reinvented himself as Laurel and competed as a woman.

Unsurprisingly, Hubbard won two gold medals at the 2019 Pacific Games. Unsurprisingly because contrary to feminist propaganda, only Tulsi Gabbard can do it better than men and in heels.

Real women, especially real women weightlifters were not too happy that Hubbard was to compete in the 2020 Olympic Games (delayed until this year because of Covid-19). Happily, though not for Hubbard, his performance was a disaster; he failed three snatch lifts and finished last. But in politically correct Lalaland, everybody gets a prize,  and the University of Otago has named him Sportswoman Of The Year. Naturally, the pink crowd are thrilled.

If you haven’t heard of Henrietta Lacks (pictured), that is hardly surprising. She died at the young age of 31 in 1951 from a very aggressive cancer. Henrietta was an ordinary American housewife, yet today she is being touted, literally, as the “mother” of modern medicine, while at least one publication is calling her a pioneer as a statue of her is unveiled in Bristol. And her pioneering was? A biopsy, part of the normal process of diagnosing many diseases. Cancer cells are immortal, especially Henrietta’s, because they were and are used to culture a strain known as HeLa cells, to this day.

The statue of Henrietta Lacks is said to be the first public statue in Britain by a black woman, and it is replacing the one of Edward Colston torn down by (mostly white) Black Lives Matter thugs last year.

A lot of controversy has been manufactured around the use of Henrietta’s biopsy to produce HeLa cells, because it appears she wasn’t informed they would be so used, certainly not in writing. In fact, her family are suing a pharmaceutical company in this connection, and of course…racism. One would have thought they would have been pleased their loved one did indeed contribute to medical knowledge and technology in her own small way, and has even been immortalised by the strain of cancer cells being named after her. Alas…! Does anyone believe anything like this would have happened if she had been white, and especially if she had been a Henry rather than a Henrietta?

The murder of Sarah Everard earlier this year is still very much in the news because of the recent sentencing of her killer, the incredibly depraved police officer Wayne Couzens. When it was revealed Couzens had used his authority to “arrest” Sarah, North Yorkshire Police, Fire And Crime Commissioner Philip Allott said she should have challenged him and that women should be “street wise”.

Obviously he meant well, but even to a non-feminist this sounds like victim-blaming. And of course, a woman or a man for that matter who resists arrest even from an undercover police officer could end up in serious trouble. Mr Allott has refused to resign, but no one should be too surprised if he is forced out of his post at some point, if only by the Twitter mob.

I am sorry to say this but police officers are just as likely to murder someone as are bricklayers. Please stop with this cherry picking of victims. 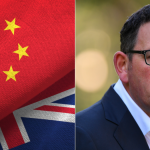 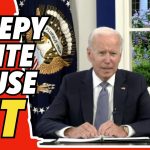