Since the presidency of Barack Obama, the US Democratic Party has systematically adopted a policy that, due to its characteristics, is a policy of simulations. The lies, false narratives and widespread misinformation have become the party´s power strategy. The “humanitarian” intervention in Libya, the Russiagate conspiracy and the recent statements by left-wing media about the leaked material from Hunter Biden´s laptop are a few examples of this kind of policy.

Simulation as a power strategy

In this sense, a fundamental concept to understand the US Democratic Party strategy is the concept of simulation developed by the french philosopher Jean Baudrillard (1929-2007). A simulacrum, far from being an imitation of a real object, is an artificial creation that imposes itself on reality: “It is the generation by models of a real without origin or reality”. The Cold war is a good example of a simulacrum. According to Baudrillard, the antagonism between the US and the Soviet Union was only a facade to cover the common interest shared by both antagonists in imposing a system of control on all humanity: “the risk of nuclear devastation is only a pretext… of a universal system of prevention and control, whose dissuasive effect does not point in any way to atomic confrontation” (62). Ultimately, the concept of simulation shows how complex our current reality is due to the false narratives that circulate on a daily basis.

As I mentioned before, such has been the strategy of the US Democratic Party during these four years. In these four years of Donald Trump’s presidency, the Democratic Party has used all kinds of simulations and false narratives with the aim of harming the president. Take, for example, the Russiagate conspiracy, in which western secret services and elements of the Democratic Party conspired against Trump. In this case, there was no evidence that Trump or people in his campaign had any ties to Russia. Robert Mueller’s report found no evidence that the Trump team conspired with the Russian government to hit the Hillary Clinton campaign.This was confirmed afterwards in the Russiagate investigation conducted by Attorney General William Barr, whose goal was no longer to determine whether Trump had colluded with Russia but to “determine whether the counterintelligence probe was legit from the start.” (Solomon, párr.9). The probe, as we all know, came from a research project written by British intelligence ex -officer Christopher Steele, and it was funded by Hillary Clinton, Trump’s rival candidate in the 2016 election. So, if there was a collusion, it was not between Trump and the Russian government but between the Democratic Party and the US and UK Intelligence Services to conspire against a candidate in the first place, and then against a president.

Obviously, this false narrative, which aimed to tarnish Trump´s image by showing him as a Russian agent, could not have been so popular without the help of the mainstream media. In fact, the media used it again in the 2020 elections. Only this time the goal was to discredit the authenticity of  Hunter Biden´s emails and photos leaked to the public in the midst of the presidential campaign. According to an article published in october in Politico, around 50 retired intelligence officers signed a letter saying these leaked documents have “all the classic earmarks of a Russian information operation” (Bertrand, parr. 1). However these claims were discredited in the same month by another leftist media, The Hill: “there is no evidence the Biden materials were hacked. At the moment, the evidence is that the laptop was taken to a repair shop and then abandoned” (Mccarthy, párr. 15). And it concluded that “At the moment, the known evidence overwhelmingly tends to establish that the laptop is exactly what it is represented to be: the repository of Hunter Biden´s authentic emails, documents, photos and videos” (párr. 21). Thus, the narrative pushed by the democrats and the mainstream media, according to which Hunter Biden’s leaked information was a Russian operation in favor of Trump, turned out to be as false as Russiagate and its goal was the same: to tarnish Trump’s reputation.

The fight for information and the New Right

Despite this bleak panorama there is one truth that stands still. In 1778 James Madison wrote that “no man can be a competent legislator who does not add to an upright intention and a sound judgement, a certain degree of knowledge on the subjects on which he is to legislate” (306). Those words are now more valid than ever. Never before has the people been in more need of information than now, when the mainstream media has surrendered itself to corporate interests. Moreover, it wouldn’t be the first time this battle for information is fought. The Trump victory in 2016 was a triumph over the dominant class and their corporate media. Language is not monolithic, there are two different linguistic forces in every society competing for the souls and minds of the people. Indeed, according to the Russian literary critic Valentin Voloshinov (1895-1936)  in every society there are centripetal and centrifugal forces. The first ones are embodied in the dominant class of any society. These centripetal forces tend to centralize all voices and integrate them to the official discourse, while suppressing those voices reluctant to centralization. That is the task of corporate media outlets like CNN: to suppress all dissident voices or at least, render them invisible. On other hand, the centrifugal forces are all those decentralizing forces opposing the dominant class of a given society. As expected, these centrifugal forces tend to destroy the Statu Quo imposed by the dominant class.

Actually the New Right that raised Trump to power in 2016, acts as a centrifugal force inside the US. It is the most important force of change for one reason: it has a clearer understanding of the present political landscape. While most of the left still hold onto the old left-right paradigm, the New Right transcends it. The New Right knows too well that ideological frontiers between the left and the old right are only superficial, inasmuch as both are advocates of internationalism. In fact, both comprise a globalist elite struggling to keep alive the unipolar, centralized, international order, now in deep crisis. The latter, a model of governance alien to the US tradition and its federative, decentralized, structure. In consequence, the New Right is profoundly nationalist: the only international order the New Right is willing to accept is multipolarity. That is, an international order composed of sovereign nations, where decisions are taken at a State level and not by multilateral organizations like the UN or the WHO. In this sense, the New Right is, to some degree, isolationist, as can be inferred from its position towards US foreign wars. Even if the New Right preaches “America First”, it opposes military interventionism. That is one of the reasons Trump was elected: because of his promise to pull the US out of the wars in which both political parties had driven it into.

This New Right is now at the forefront in the battle for information.

We have a bunch of criminals in Europe who took the lead from this class of parasite.

They don’t regard themselves are crooked.

The judiciary, the media and law enforcement all live in the same rancid social community.

The rats in the Danube canal have more morality.

Sara A Carter has strong views on current USA affairs:

The Demo Party’s strategy is simple. Read everything you can about the successes of bolshevism and fascism and emulate their mania for purges.

That Joe Scarborough character was just this morning defining Republicans calling for a more thorough vetting of the election as guilty of sedition.

What’s next, off to the concentration camps/gulags or just lined up to be shot?

There are 400 million firearms in the US and billions of rounds of ammunition in the hands of the American Public. Scarborough and his handlers will not jail many dissidents.

The US is now for all intents a Banana Republic, with Banana republic rules. That is, the ruling party makes up rules that will keep them in power. This includes full censorship and propaganda to forward the parties agenda. This can actually be good news. The BR (Banana Republic) main support comes from the least useful members of the land. This in turn will lead to a decline in the power and status of the BR. Oh they will still create their wars but the people they are getting to fight them are far from qualified and their NCO leadership… Read more » 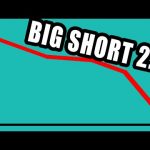 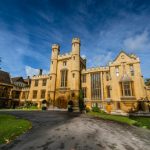