The left is on the march in most Western countries and expensive welfare programs are introduced with record speed, particularly in the US. The consequences are (at best) uncertain, but we all know that we cannot spend money we do not have without severe consequences to future prosperity. Self-serving politicians and central banks exploit Keynesian theories to the fullest, allowing unprecedented deficit spending to pay for welfare and warfare. The true political conviction seems to be more government power at the expense of individual freedom. The initial consequences are already palpable in the form of higher taxes and inflation.

Inflation is difficult to control once it has established an upward trajectory. Given that we already are in a major asset bubble due to government intervention in the economy, central banks know the only alternative now is to choose between pest and cholera. Slowing down the printing press or rising interest rates will cause global markets to crash, followed by a severe recession. Maintaining the status quo will delay the ultimate crash until the economic bubble is pricked by an unpredictable event, a so-called «black swan». That is when Western populations yet again will face the harsh realities of life – austerity awaits anyone not prepared for such an event.

Prosperity cannot be created by governments and reckless printing of fiat currencies. Wealth comes from producing tradeable goods and services, not import paid for by fiat currencies. This simple fact seems to have eluded most Western elites whose ineptitude is only surpassed by their arrogance and antipathy towards the populations they are meant to serve. Media, politicians, academia and cronies are obsessed with woke agendas doing nothing good for real people with real problems. The US stands out as the graver example of a failing political leadership tearing down cultural bonds that once made the US a great nation.

The UK is not doing much better with a PM who offers little conservatism, allegedly to please his much younger wife, a practitioner of the green religion. Maybe that explains why he is still talking about cycling while the borders are still wide open to illegal migration and Brits are queuing for hours just to get a gallon of petrol.

Politicians, regardless of colour, are already preparing the grounds to mobilize public support for higher taxes. The wealth gap helps media demonize productive citizens as a societal problem that needs to be fixed by governments to «help» the public. A primary political tool is to stoke public envy and resentment against successful investors and hard-working entrepreneurs. This justifies wealth transfers not as a fiscal necessity but on moral grounds alone. Hence, the Wealth Tax has lately received substantial attention from US and UK academics and politicians. Politicians know that a Wealth Tax will be popular, simply because most citizens believe that only wealthy people will pay the tax. However, once the tax is in effect, it will be gradually expanded to trap a larger part of the population.

The interest in the Wealth Tax escalated rapidly with the T.Piketty report of 2014, and he specifically pointed to increased wealth gaps to justify increased taxes on «the rich». The economic perils of Covid have also conservatives looking into the possibilities.

Academia has issued many research papers where the pros and cons of a Wealth Tax have been explored. Many of these papers are created with given conclusions serving the needs of lawmakers and other advocates of higher taxes. Other studies, primarily from the many nations that have axed the Wealth Tax, conclude that the net fiscal return is negative due to many unforeseen adverse effects. Regardless of conclusions, it is fair to say that all the research has one thing in common – warnings from entrepreneurs and other job creators are arrogantly dismissed as irrelevant.

So, let us explore the Wealth Tax sentiment in three Western countries, the United States, United Kingdom, and Norway. Norway is one of three OECD countries with a working Wealth Tax.

The current Biden administration has promoted far-left policies regarding most political issues. They have till now showed fiscal restraint, but reckless deficit spending motivates higher taxes. President Biden appears to have lost any visions of his own. The left seems to have significant control over the Democratic party, and a Wealth Tax is popular among the electoral base. Senator Warren has formally introduced three tax hike proposals in the 117th Congress, where one of them is a Wealth Tax called «The Ultra-Millionaire Tax» on Wealth above USD 50 mill. The proposal identifies large corporations and super-rich entrepreneurs by name, claiming none do «pay their fair share». She concludes the proposal with the following words:

American families deserve a government that works for them. Congress now has the opportunity to build a fairer and better tax system for us all and should act quickly to do so.

Many Americans have good reasons to distrust anything from Senator Warren and her companion Senator Sanders. The US Taxfoundation supports significant scepticism against a Wealth Tax and predicts numerous adverse effects from a US Wealth Tax as it is proposed by Mr Sanders:

Whether or not President Biden will support the bill is unknown. Still, his press secretary said on September 27 that “he strongly believes that the ultra-wealthy and corporations need to finally start paying their fair share.”

Some Republicans have already offered support, making a US Wealth Tax bill likely to pass in Congress. 74% of registered US voters support a Wealth Tax.

Taxing the rich by a Wealth Tax enjoys broad public support amongst the British public. In the report by the WTC, surveyed recipients were asked which options they preferred to raise an additional £10bn per year. The least-preferred option was a 2% on the basic income tax rate, with the idea of a 2% increase in VAT the next least popular choice. 17% thought that a 5% increase in the higher rate was a good idea, but the most popular idea by far (54%) was a “new wealth tax”. The attitude is not surprising because people will support a tax they believe only others will pay.

Chancellor Rishi Sunak opposed the idea in 2020 while Prime Minister Boris Johnson expressed «amazement» that Labour supports such a tax. A Wealth Tax seems not likely under a Conservative government, but empty coffers may change the attitude. After all, Mr Johnson is exposed to be a conservative in name only, and his true convictions are probably not even known by himself.

Norway levies a comprehensive annual Wealth Tax which has been fiercely debated for decades. The revenue is 1,1% of GDP, and much capital has flowed offshore, although no exact numbers exist. However, research[1] suggests as much as 25% has been moved to offshore tax havens.

30% of Norwegians pay an annual Wealth Tax of 0,8% on all personal assets. The rate and progressivity have varied over time since the tax was passed in 1892. The current rate of 0,8% on net asset values of 1 500 000 NOK (USD 176 000) is likely to be increased. The minority conservative government lost its seats in the September election when a left-oriented coalition won a majority in the parliament. The conservative government sat for 8 years but never succeeded to repeal the Wealth Tax as promised.

As in most Western countries, Norwegian mainstream media is woke and protects left-wing narratives. Objective journalism is dying but has yet to reach the extreme levels of CNN, CNBC and the British BBC. Norwegians are misled to believe that the Wealth Tax is fair because it «fights inequality» – an absurd statement knowing Norway is one of the most egalitarian nations in the Western world. The largest party in the new government, Labour, has promised to raise the Wealth Tax from 0,8 to 1,3%.

The numbers are retrieved from a 2019 tax bill provided by a taxpayer living in one of the 3 largest Norwegian coastal cities. He is a family man who started his career with two empty hands and a positive attitude. Before he started his own business in 1995, he was employed with several companies. Today, he runs and owns a small business valued by the tax authorities at NOK 67,9 mill. He says he would like to challenge the valuation but will not risk an expensive legal battle he may lose. His combined net income was NOK 556 647. This is the tax he paid:

The critical issue here is that the total tax exceeds the taxpayer’s income, a well-known problem to pensioners, savers and middle-class taxpayers with poor liquidity but high asset valuations. His income was for 2019 comparable to teachers and nurses. However, still, he paid a staggering 132% tax on his income, which explains why many productive Norwegians have migrated to friendlier jurisdictions. More are waiting in line to flee the new left-wing government.

Note that the Wealth Tax kicks in once your assets exceed only USD 176 000, meaning anyone owning a car plus a two-bedroom apartment will have to pay Wealth Tax. Moreover, the total (federal) tax does not include municipal (state) property tax.

Western taxpayers should not forget that once a Wealth Tax for «the rich» is in place, there is no stopping it from rapid expansion to attack middle-class savings and property. The US threshold of USD 50 million is a far cry from the Norwegian 0,176 million, but it makes my point. Many argue that a US Wealth Tax is unconstitutional, but Congress may just find a way to pass the bill anyway. The Norwegian example gives taxpayers all the reason to fear a Wealth Tax. After all, there is no denying that Western populations favour a Wealth Tax.

A Wealth Tax has its origin in Marxist theories – it is created by falsely purporting love for the less fortunate, but the true motive is envy and contempt for the successful. 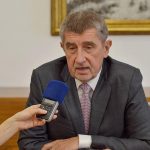 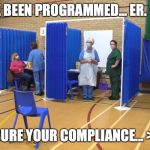