UK’s Wealth Tax commission published its final report December 9, 2020.  The recommendations fit perfectly with the narrative in the «The Great Reset» from Klaus Schwab and World Economic Forum:  A crisis is too rare to go unexploited.  Covid offers a unique opportunity for change.

Although most nations have abandoned a wealth tax, this report prepares the groundwork for a UK political decision on a potential wealth tax. The final report holds 125 pages based on 36 evidence papers. The presentation given by the authors confirmed the report as independent from the evidence papers. Therefore, we do not know to what extent the evidence papers have influenced the final report. The three academic authors debate common problems with a wealth tax but spend much energy arguing against experiences that have led other nations to abandon wealth tax. The recommendations rest on the assumption that a proper wealth tax design will prevent any adverse effects on the economy.  The failure of comparable countries to do same, have seemingly not moderated the enthusiasm for a wealth tax.

The recommended UK wealth tax will offer no safety mechanisms. Small business owners or farmers struggling to turn a profit will receive no sympathy. Even low-income aunt Edna, still living in her own home, is destined to pay wealth tax.  Tax authorities will “guess” your net worth with no exempt for any assets. Individuals short of cash is portrayed as fiction or at best a “popular exaggeration”. Illiquidity is no problem. Taxpayers should borrow money to pay wealth tax. In my opinion, a naïve statement reeking of disrespect for taxpayers and the private sector. Remember: A wealth tax is blind to income.  Thus, you will have to pay wealth tax even when your income is zero or negative, which is typical for many businesses and individuals during crises.

The commission recommends a one-off tax over five years with retrospect effect. Individuals will then be tax even after they have left the country.  The commission claims a wealth tax needs to be implemented without prior warning to prevent capital flight to jurisdictions with lower taxes. In other words, the launch of a preemptive tax strike is likely if these recommendations go through the political system. It’s like the tax version of Eagles’ Hotel California; “You can check-in, but you can never leave“.

Yougov has already documented a 61% support for a UK wealth tax with a threshold £750.000. Other surveys claim the public prefer a wealth tax over new or changed taxes on income. Only 8% oppose a wealth tax.  In my view, these surveys give little informational value other than confirming that taxes are popular with those who think they will not have to pay them. Nonetheless, such surveys play right into the hands of politicians with empty coffers and woke ideas. Advocates of a wealth tax serve false promises that wealth tax will only target “the rich”.  There is no protection against changes made by future changes. Once the system is in place, the number of taxpayers is likely to multiply. Middle-class individuals with a home and savings of moderate value should also expect to pay wealth tax, regardless of political promises of the opposite. UK and US have doubled national and public debt since the 2008 financial crisis. New taxes are not likely to be abolished once they are in effect. Look to Norway who introduced a wealth tax in 1894. The tax is still there, and the most productive citizens have fled the country.

Germany’s Ifo Institute simulated in 2018 the introduction of a German Wealth Tax of 0,8%. The study concluded that a wealth tax would annually cause an employment decline of 2%. For every euro gained, two euros would be lost. The germans summarized:

“A wealth tax can have a notable adverse impact on economic activity, reducing economic growth, investment and employment.

The Chancellor of the Exchecker and allegedly the next prime minister, Rishi Sunak stated as late as July 2020 the following:

“I do not believe that now is the time, or ever would be the time, for a wealth tax”.

What the PM Boris Johnson thinks of a wealth tax is anyone’s guess. On the other hand, we know that “cycling lane” Boris has contracted both Covid and a mild mutation of the woke virus. The woke virus is said to be reinforced by his bedmate, Mrs Symonds. A Tory government may offer no defence against a UK wealth tax. 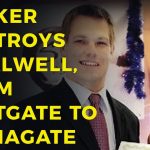 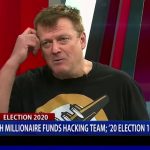