A previous article covered black race hustlers, but blacks are far from the only people who have made a comfortable living out of peddling this garbage and at times outright poison. Here are a few white race hustlers.

Noel Ignatiev: we begin with him because he is the only person on this list who is no longer alive. Ignatiev died in 2019 at the age of 78 after a lifetime of political agitating. A lifelong communist, he was at one time a  member of the Communist Party US and Students for a Democratic Society. After graduating from Harvard with a PhD as a (very) mature student, he went into academia where he spread his poison about the evil of whiteness, founding a journal called Race Traitor that proclaimed “treason to whiteness is loyalty to humanity”. Can you imagine the outrage that slogan would cause if “blackness” were substituted for whiteness therein?

Ignatiev insisted it was only the power structure he was opposed to, not white people per se. The power structure being white, everyone else was disadvantaged. While it is of course possible to make out this argument for the United States, it doesn’t hold up for China, or any other nation which has no whites or an extremely small white population. Although a Jew, he had no time for the State of Israel either, par for the course for his kind.

Hillary Clinton was of course the failed Democratic candidate in both 2012 when she lost to Barack Obama, and most notably in 2016 when she lost to Donald Trump. The contrast between her and Trump is stark, no more so than in their treatment of American blacks. If you listen to Trump when he is addressing them either as individuals or as a group, he speaks to them the same way as anyone else, but Mrs Clinton has been known to put on a fake (patronising) accent, her most cringeworthy moment being when asked by a black interviewer what she carried with her at all times, she replied “Hot sauce”. Really, Hillary?

Thanks to the Clinton Foundation, she and her husband have long been wealthy beyond the dreams of avarice. The Haitian journalist Dady Chery and researcher Charles Ortel have their own ideas about where much of that wealth came from.

Robin d’Angelo is only the second real academic on this list, and that is if you take a broad definition of academe. Her book White Fragility and subsequent speaking engagements have made her a wealthy woman, but an examination of this book shows the fragility of which she speaks is of an intensely personal nature. For example, in the Introduction on page 4 she writes about what she calls her own racism and on the following page says the same thing about white progressives, the ones who cause the most damage to “people of color”, although she doesn’t say people of what color.

Chapter 2 is called RACISM AND WHITE SUPREMACY, and therein she makes the ludicrous but de rigueur left wing claim that race  doesn’t really exist, it’s a social construct. So a cat born in a stable is a horse. The rest of the book is largely an echo of the Peggy Mcintosh essay that started all this bunk.

Shaun King is often alluded to as Talcum X. In the bad old days, some light skinned blacks used to pass for white; King is a white man who has passed for black with some degree of success, although even Don Lemon, one of the dumbest men on television, sussed him. King has raised a lot of money for Black Lives Matter, which undoubtedly pleased Patrisse Cullors. Indeed, King’s major source of income appears to be from fund-raising; he has been very successful at it, although the money so raised hasn’t always gone to the cause attributed, most notably the mother of Tamir Rice, a young black boy killed by the American police in their usual fashion of shooting first and asking questions as an afterthought.

Like Diane Abbott, King’s mouth moves faster than his brain; when motorist Sherita Dixon-Cole claimed to have been raped by a white police officer, King was quick to broadcast the claim, but when the truth came out that she had made it up, he simply deleted his references to the incident.

Anita Sarkeesian is better known as a feminist. And a grifter. A notorious anti-feminist once said there were three types of feminist: the young liberal arts major, the misandric landwhale, and the professional victim. Anita is most definitely a professional victim, and has made a comfortable living portraying herself as such and other women including “women of color”. Sarkeesian once made the ludicrous claim that “…everything is sexist. Everything is racist. Everything is homophobic. And you have to point it all out.” (This is the correct wording of the quote, not as published).

Tim Wise is yet  another white man who has made a comfortable living telling blacks of a certain political persuasion what they want to hear rather than what they need to hear. He has given hundreds of lectures over the years which have brought him in a nice income, and published a number of books. Like so many race hustlers, Wise likes to play semantic games about the concept of race. He believes in white privilege, even though he claims the white race is a social construct.

In common with black race hustlers, their white counterparts have done little if anything to improve the lives of ordinary blacks, rather by supporting social unrest and at times outright rioting on a massive scale, like last summer, they have helped make America and the world a poorer and more dangerous place. Indeed, they have done this so consistently one has to ask if this isn’t really their actual goal. 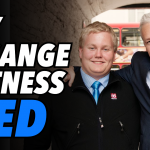 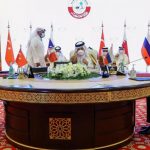