Key witness in Assange case admits to lies in indictment

A major witness in the United States’ Department of Justice case against Julian Assange has admitted to fabricating key accusations in the indictment against the Wikileaks founder.

In my view Assange is a paradigm for the loss of rights and freedoms suffered by us all. The UK government (and officials in provinces in Australia, Canada and various US states) now behave as though they are no longer constrained by due legal process or the observation of constitutional rights, as we’ve seen with Covid. And they are getting away with it.

As the World Turns
Reply to  Greg

Listen up, any agency(ies) that can take the tried and true concept of precedent and attempt to neuter and twist it into a pejorative by redefining it as something as inane as ‘whataboutism’ has absolutely no respect for the legality of things.

The entire last decade of US internal political machinations and foreign policy reminds me of a never-tiring effort to pound square pegs into round holes, irrespective of all the bruised thumbs it reaps.

FBI: Tell us about yourself

INFORMANT: Im a sketchy pedophile who will betray anyone and lie as needed.

FBI: …and if you didn’t start out that way, not to worry. We’ll fix that in short order.

What about the separation of the Judiciary and Government in any functioning democracy? In the UK tit is clear that the Judiciary has become a tool of the government of the day.

As the World Turns
Reply to  Terry R

No one’s perfect (Russia struggles under that separation or lack of to this day). That said, in the US the Judiciary has clearly become a tool of the Democratic Party.

Ya Ya
Reply to  As the World Turns

I’d say that this would be extraordinarily embarrassing for the FBI, had it not already been embarrassed beyond all imaginable bounds of the ordinary.

Anyway, it’s reassuring to know that they’re still performing to decades old expectations and revelations. There’s something to be said for stability of operandi, after all.

Since September 11, 2001, the USA has become more like a police state. Australia, Canada, New Zealand are showing the same pattern. We are not prepared for the ‘total state’ about to be implemented with artificial intelligence in control, 5g making humans part of the ‘internet of things’ using the graphene nanoparticles introduced into our bodies through the Covid masks, swabs, and jabs. Linked into this matrix of signals we will be controlled by the insertion of thoughts, emotions, pain, disease, and death. This technology is almost completely unknown and it will be implemented before we come to understand it.

The evidence is that FBI are corrupt beyond the limits of endurance.
That the British Legal System is broken beyond recognition.
That the spooks rule. That Media LIE for them.
That Justice is simply a word of seven letters.

Ya Ya
Reply to  remo

…..and the Skripals tell no tales.

Last edited 26 days ago by Ya Ya
3
Reply

Brokenspine66
Reply to  Ya Ya

Where are they? Are they still alive, or has the UK Deep-State them murdered already and burried in an unmarked grave somewhere or simply their bodies cremated like the fascists they are.

I doubt we’ll ever know, as they kill off the whistleblowers before they wet their whistles too.

Birds of a Feather

So, did he feed the FBI his script or did the FBI feed him its script? 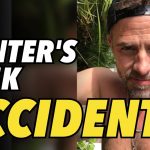 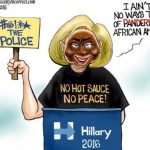