In January 2019, Alexandria Ocasio-Cortez claimed the world would end in 12 years if we didn’t address “climate change”. The following month she published her Green New Deal resolution, which you can read here. Few people appear to have read it, but recently Marjorie Taylor Greene said she had. Before going any further it is pertinent to point out why its proponents prefer the phrase “climate change” to “global warming”. This is because not so very long ago the same type of people, indeed in some cases the very same people, were predicting a new ice age.

Alexandria Ocasio-Cortez was born in 1989, but she cannot be unaware of this. Indeed, there are some people who are again predicting a new ice age, people who have letters after their names.

It is easy to make light of such claims, but leaving aside the politically charged rhetoric of scientific illiterates like AOC, we are facing real problems, or rather our grandchildren are, those of us who have them. Anyone who has any doubts about this should check out that famous Albert Bartlett lecture which covers population, energy, and related matters. But without further ado, let us dive right into the AOC Green New Deal resolution. Page 1 lists those present when she introduced the paper. On page 2, citing her sources, the paper begins. The reader is told:

“human activity is the dominant cause of observed climate change over the past century”.

No, it isn’t. Clearly, as there are now well over 7 billion of us, human activity does indeed impact the climate, the dust bowl of the 1930s was a shocking example of that. But does human activity cause volcanoes, for example?

“a changing climate is causing sea levels to rise”

Barack Obama believes, or would have us believe he believes this. A while back, he and Michelle bought an $11+ million luxury mansion on an island. Actions speak louder than words, for him and for everyone else.

AOC goes on to predict wildfires in the United States, even worse than the ones currently experienced. If you are still here in 2050, you will see for yourself if this is true.

“a loss of more than 99 percent of all coral reefs on Earth”.

As opposed to those on Mars, perhaps? The coral reefs are already in trouble and have been for some time. Fortunately, there are people and organisations addressing this problem including the United Nations Environment Programme. Yes, even the UN does something useful occasionally.

On page 4, AOC addresses the usual imaginary problems: “a large racial wealth divide” and “a gender earnings gap that results in women earning approximately 80 percent as much as men”.

The so-called gender pay gap has been debunked countless times but here is a very recent article and one published a few years ago.

Having said that, let us kill two birds with one stone. How many white men would change their portfolios with those of Beyoncé Knowles, Maxine Waters, Oprah Winfrey, Naomi Campbell or Robyn Fenty?

There is no “racial” wealth gap anymore than there is a sexual one; some people are wealthier than others, indeed by some measure most of the people alive today are wealthier than the pharaohs of ancient Egypt. If you were living at that time, how would you have liked to break  a leg? Even three hundred years ago, appendicitis was a death sentence. We need a system that creates wealth and distributes it, not equally to all but adequately. Capitalism has its flaws, to put it mildly, but what so-called progressives like AOC demand – socialism dressed up as concern for the environment – is a great deal worse.

Here’s a great one coming from her. Try not to laugh: “…climate change constitutes a direct threat to the national security of the United States”.

“it is the duty of the Federal Government to…create a Green New Deal…to achieve net-zero greenhouse gas emissions through a fair and just transition for all communities and workers; to create millions of good, high-wage jobs and ensure prosperity and economic security for all people of the United States; to invest in the infrastructure and industry of the United States to sustainably meet the challenges of the 21st century” – (numbers have been omitted).

We are also told we need clean air and water, healthy food, investment in infrastructure, and so on.

We’ve seen how the current administration deals with such matters under the influence of progressives like AOC; the very first thing Biden did was shut down a major new pipeline, and the second thing was to open America’s borders to all and sundry. And anyone who opposes its policies, including parents protesting against the indoctrination of their young ones, is branded a terrorist. What America and the world needs isn’t more and bigger government, green or otherwise, but less government, one that protects its citizens from all enemies foreign and domestic, not one that enslaves and spies on them.

This ought to be the dumbest article I have read in a long time. The Obamas bought an $11+ million luxury mansion, so we don’t have to worry about climate change. Gotcha. Gender gap, racial wealth gap don’t exist therefore no global warming. Journalist (not scientists!) were predicting a new ice age back in the seventies, which means we don’t need to worry about climate change. And climate change deniers are warning against coming ice age. Incredible! On top of that Biden supposedly opened America’s borders to “all and sundry” even if his border policies are the same as Trump’s,… Read more »

You don’t see the connection between Obama’s comments and his mansion? And you call me dumb! If Obama believed all this garbage about climate change, would he live on Martha’s Vinyard where the rising sea would sweep him away? Some scientists were predicting a new ice age back in the 70s; I know, I was there. Some are doing it today. The whole climate change scam is being used by statists; the spiel they feed us is that the problems we face are so big that only big government can solve them. In other words, socialism. ﻿ If you really… Read more »

So Obama buys a house on Martha’s Vineyard and to you it constitutes a proof that there is no reason to worry about climate change? At what elevation is the house? How far is it from the water’s edge? What is the projected sea level rise for that area within Obama’s lifespan, even if he lives to be 120? Perhaps it was a “gift” from Wall Street? Or insurance companies? Or drone manufacturers? MIC? BP? He was good to all of them. And finally – who cares? Even if Obama doesn’t “believe” that climate change is real what difference does… Read more »

Why didn’t my reply to this comment get published? Are you just interested in an echo chamber? 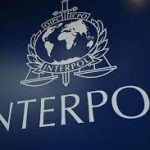 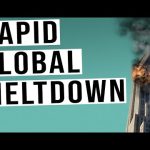