As you probably know, Macmillan is an international publishing house, a massive one. In March this year it issued a four page pamphlet called GENDER PAY GAP REPORT 2022. Apart from that, it hasn’t been in the news much of late, although The Bookseller published some comment on this publication late last month.

The gender pay gap is one of those myths (read lies) that is perpetuated tirelessly by third wave feminism the world over. This particular report relates to the UK only, but…

Point 1: when they say gender, what they really mean is sex, in particular men and women.

Point 2: it has been illegal in Britain to pay women less than men FOR THE SAME WORK since 1970, which begs the question where are all the prosecutions? Apart from a complex case brought against the ASDA supermarket chain, there don’t appear to be any!

Point 3: If private sector companies could get away with paying female employees less than men, again for the same work, why are any men employed at all?

Turning specifically to Macmillan, the reader is informed that on average, men earn .2% more than women. Seriously? That is a difference of one five hundredth. Can that really be called a gap? Heck, you’d get that much variance tossing a coin a thousand times.

Ignoring the flim-flam about bonus earnings we come to the exclusion of employees on reduced pay, which includes MATERNITY PAY. The idea that a private sector company should pay its female employees to take time off when they are pregnant sounds novel, but that’s the way the cookie crumbles. It is also quite likely to be significant.

Now, the company employs 36% men and 64% women. Is that because of sexism, discrimination, or something else? Assuming it is neither of the first two, then do we really need more women in Parliament as the Fawcett Society and others never tire of telling us?

There is quite a bit more here but at the end of the day this is simply playing games with statistics.

Since 2017, it has been a legal requirement for all companies with 250 or more employees to report on this mythical gender pay gap. This can only increase costs, which is clearly why it was really initiated. As long as it is required only for large companies, it probably won’t do that much harm, but if small firms were required to report on it as well, it would cause further damage to the economy and even put some of them out of business. Which is clearly what the corporate socialists really want. 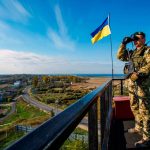