On Monday, former police officer Harry Miller won a legal challenge when the Court Of Appeal ruled in his favour over his Orwellian treatment by Humberside Police. Now that the dust has settled and the full judgment has been published, it’s time to take a look at it.

The case was actually first heard way back in March, over two days, and the judgment runs to 126 paragraphs. It was first reported here in February last year, and at paragraph 10, the judgment echoes its claim that the investigation of “non-crimes” can be traced to the April 1993 murder of Stephen Lawrence, or more specifically the resulting Macpherson Report of February 1999.

Sir William Macpherson was brought in ostensibly to investigate why and how the killers of Stephen Lawrence were not brought to book, but ended up making a series of ludicrous and in places dangerous recommendations that had nothing to do with the unfortunate victim. One of these was that “racist incidents” simply must be reported and investigated even if they are not crimes, and a racist incident is…anything someone somewhere claims is one.

The police visit and advice to Harry Miller had nothing to do with race, but it was of course inevitable that the British police being the British police would expand “racist incidents” to “hate incidents”, and the inevitable result was that (paragraph 16) there are now no fewer that “five monitored strands of hate crime” – in alphabetical order: disability, race, religion, sexual orientation, and transgender.

Why only transgender, you might ask, why not gender per se – read sex? Don’t push it, there have already been attempts to record misogyny as a hate crime, and as with the Miller case, hate can mean almost anything, including catcalling (whistling at an attractive young woman in the street).

In the same paragraph at sub-paragraph vii) the observation is made that “Some people, particularly celebrities and political figures, have been subjected to malicious complaints from hostile individuals, often with a grudge against the person, their politics or lifestyle.”

Or in the case of J.K. Rowling because she made common sense observations about men not being women.

Back at paragraph 11 the reader is informed that ACPO produced its first hate crime manual in 2000. (ACPO no longer exists; it was replaced by the National Police Chiefs Council in 2015 – old beer in new bottles). The timing of this manual – the year after the publication of the Macpherson Report – is obviously highly significant.

Later, from paragraph 31, there is some discussion of Harry Miller’s beliefs about gender. Anyone who grew up in the 1970s and certainly anytime before that will recognise  these beliefs for what they are, common sense. At paragraph 36 the reader is told Professor Kathleen Stock holds similar views. At paragraph 38, the pretext for the behaviour of the police in the Miller case is revealed as “Mrs B” – “a post-operative transgender woman”.

This led to PC Gul then an inspector contacting Mr Miller. That’s right, real crimes went uninvestigated so that Mr Miller could be advised to “check his thinking”.

There follows a lengthy discussion of case law, legislation, and freedom of expression. At paragraph 108, we find  “Perception-based recording has a legitimate aim (or series of aims) linked to the prevention of disorder or crime and the protection of the rights of others and this aim is sufficiently important to justify interfering with the fundamental right to freedom of expression” which is a bad sign, but at paragraph 117) “The net for non-crime hate speech is an exceptionally wide one which is designed to capture speech which is perceived to be motivated by hostility against one of the protected strands, regardless of whether there is evidence that the speech is motivated by such hostility. The volume of non-crime hate incidents is enormous, and the police do not have the resources or the capacity to investigate all the complaints that are made. It is reasonable to suppose therefore that most will remain uninvestigated.”

It would be even more reasonable if they were ignored in the first place, but considering Lady Justice Simler has declared herself an ally of the “LGBTQ+ community” – read organised sexual perversion, this will hopefully be the last time people like Harry Miller are singled out for persecution at the whim of a police officer just because a dude in a dress considers his views offensive. 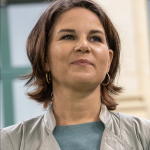 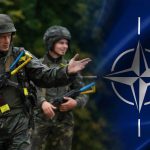