Every day the world’s leading media reports on Russia’s desire to invade Ukraine, creating critical tensions between Washington and Moscow. According to US intelligence, the Kremlin is preparing an offensive in Ukraine early next year and plans to involve up to 175,000 Russian troops in the fighting.

Moscow denies such claims, but says openly that it will not stand by if NATO, led by Washington, crosses the red lines in Ukraine. Russia is concerned about its own security on a global scale and demands certain guarantees from the U.S. regarding the neighbouring country, which is quite logical. For example, Russian President Vladimir Putin said that Ukraine’s accession to the North Atlantic Alliance and further deployment of offensive weapons on its territory, including the deployment of an air defence system, was unacceptable for Moscow.

“If any strike systems appear on the territory of Ukraine, the flight time to Moscow will be 7-10 minutes, and in case of deployment of hypersonic weapons – five minutes. Just imagine. What should we do in such a scenario? Then we would have to create something similar against those who threaten us in this way. And we can do it now”, – the Russian president commented on the situation.

Meanwhile, Kiev continues to sabotage the Minsk agreements, which were concluded with the support of Merkel and Hollande, and the AFU still regularly reports cases of the use of US-supplied Javilin anti-tank missile systems in Donbass. In addition, the Ukrainian side is using Turkish-made reconnaissance drones and has announced plans to acquire additional weapons.

The danger of the current situation and its parallels with the US failure in Georgia in 2008 are obvious to all outside observers, including Western experts. At that time American provocation cost Tbilisi some territories and Moscow did not become an aggressor, but only a defender, which seriously confused Washington’s plans. Thus, according to Galen Capenter, a defence and foreign policy fellow at the Cato Institute in San Francisco and editor of National Interest magazine, Washington demonstrates scandalous foreign policy incompetence: Washington’s arms sales exacerbate the situation in eastern Ukraine and risk turning the simmering Ukrainian conflict into a huge regional conflagration.

“The Kremlin has repeatedly indicated that it considers Ukraine to be a serious security concern for Russia, and attempts to turn the country into a military ally of the West risk crossing the Russians’ obvious red line. Measures that actually incite Ukraine to provocations could have extremely dangerous consequences for it and are an illustration of Washington’s scandalous foreign policy incompetence”,  – Ted Galen Carpenter shared an expert opinion.

Nevertheless, Western leaders, including NATO Secretary General Jens Stoltenberg, refuse to give Russia any guarantees regarding Ukraine, further escalating the conflict between Washington and Moscow. NATO diplomats argue that the Kremlin cannot influence the alliance’s further expansion and that NATO has the right to determine its own military posture. Furthermore, according to Stoltenberg, Ukraine has the “sovereign right” to choose its military allies and Russia should not interfere in this.

However, if we look at the current situation from the perspective of international law, Stoltenberg’s statements do not seem so unambiguous. For example, back in 2014, the united West, led by the United States, supported the coup d’état in Kiev, contrary to all international laws. As we know, this form of change of power is not provided for in any legal document, and consequently the current government in Ukraine can hardly be called legitimate.

The connivance with international law on the part of NATO countries in this matter is not new. Previously, NATO countries, ignoring the UN Charter, bombed Yugoslavia, a state in the centre of Europe, which ceased to exist and split up into many other states. Then there was Libya and Syria, whose devastation Europe is still reaping in the form of the biggest migration crisis in modern history. A potential Russian-Ukrainian conflict could safely lead to the same consequences, providing a new wave of millions of refugees from Ukraine to EU countries.

The opposite is true of Russia and its claims to US policy. According to the current UN Charter, Russia is a sovereign state and therefore has every right to take care of its military security just like any other state in the world. It has the right to do so without waiting for NATO forces to be deployed within walking distance of Moscow and pose an existential threat to its existence.

In this sense, Stoltenberg’s arguments lack any legitimate basis, because under international law, the Kiev authorities cannot make any decisions at all. On the other hand, Russia’s position is clear and reasoned. Moreover, it can not only express its discontent with the actions of the US or the situation in a neighbouring country, but also take necessary measures to ensure state security, within the framework of its own legislation and the provisions of the UN Charter.

Thus, despite the Kremlin’s declarations of non-aggression, the continued aggravation of the situation in eastern Ukraine and the existence of legal grounds to interfere in its own underbelly make a possible harsh Russian response to further provocations by the Ukrainian armed forces justified. Moreover, about one million people with Russian citizenship live in eastern Ukraine, which makes a possible military conflict a direct threat to the Russian population. It is no coincidence that Moscow argues that there are “red lines”, the crossing of which threatens state security and therefore could take the most extreme measures to protect its own interests.

Can you imagine if that Quisling Navalny was president of Russia??? He would just open the gates for America to plunder his people and country.

The US / NATO organization is simply threatening ,pumping their chests for the sake of politics at home re: Senatorial elections looming .Threats that will cost lives if carried through . Russia will not back down .Missile installation in Ukraine that threaten Russia will not be tolerated under any circumstance .Finally the Russian administration has demarcated the red lines .The US is threatening to light up the European continent and in doing so ,the North American continent also as it will go nuclear .Anyone that thinks not ,is a fool. This scenario is not going to happen .They are idle… Read more » 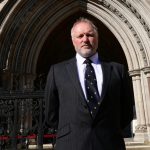 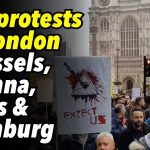