Four days after the election, a woman calling herself OHMama posted “I Am Done” on The Burning Platform website. It was the site’s most read article of 2020. SLL and many other websites reposted it. It was raw, explosive anger and a profoundly moving lament; OHMama was clearly at the end of her rope. The closing paragraph packed a wallop.

I was raised to be a lady, and ladies don’t curse, but fuck these motherfuckers to hell and back for what they’ve done to me, and mine, and my country. All we Joe Blow Americans ever wanted was a little patch of land to raise a family, a job to pay the bills, and at least some illusion of freedom, and even that was too much for these human parasites. They want it all, mind, body and soul. Damn them. Damn them all.

OHMama gave voice to what’s beneath the surface for so many of us—abject disgust, barely contained fury, and dread of what’s to come. She claimed her own life to live it as she sees fit, and damn them, damn them all, who presume to rule us.

That anger surfaced in Washington on January 6. The protest and raid of the Capitol were illuminating in several ways. They defined the two sides: the government, its string-pullers, and its allies versus those who despise and oppose them.

The Saul Alinsky line was crossed, setting an important precedent. His acolytes insist their enemies live by their own rules while exempting themselves from any rules other than those that secure power. Playing by the rules when the opposition doesn’t is a guaranteed loser. Caring what they think of you is craven. Cowering when they call you hypocrites is unilateral surrender. Going forward, Alinsky’s acolytes may face an opposition that plays by the same rules they do—those necessary to secure power.

The Capitol raid scared the crap out of uniparty politicians, witness the hysterical overreaction. Given what they and their accomplices have done to Americans and people around the world, they should live in perpetual, mortal terror. Unfortunately, their cowardice outruns their brains. Instead of responding to the message they’ll shoot the messenger and clamp down harder.

Legacy media was filled with paeans to our “sacred” government and its “temples,” deploring the “sacrilege” of those who “desecrated” and “defiled” them. What absolute tripe! Washington is a Corruptocracy, a moral cesspool. Anything sacred would have been vandalized or torn down by the mobs allowed to run riot last year. They would have toppled the Washington Monument if they could have figured out how.

Americans who build businesses or pursue careers honestly producing goods and services for voluntary trade are engaging in activities far more sacred than anything that goes on in the capital. Millions of parents instill moral principles in their children, only to see those principles defiled daily by the government. Washington delenda est—if it were leveled and sown with salt America and the world would be better for it.

The corruptocrats’ ability to shore up the debt-riddled global financial and economic systems with ever more debt has astounded skeptics, among them SLL. The debt load is many times annual global production and debt service is sucking up that production like a tapeworm sucks up its victim’s meals. Every financial asset is a debt or equity claim, and virtually every income stream and real asset—factories, real estate, houses, warehouses, inventories, office buildings, malls, etc.—has been pledged or mortgaged, often several times over.

We saw the global daisy chain unravel in 2008 and 2009 and the system is daisy-chainier now. If you’re looking for canaries in the coal mine, watch the yields on sovereign debt. Once they really start to climb it’s game over. The devastation will be unprecedented and epic.

Collapse will decimate over-indebted, non-productive governments that have made promises they can’t keep to millions of their citizens. That may be part of a plan to destroy national governments and generate clamor for totalitarian global government. Yet, every tyranny confronts the question: who is going to host its predation and parasitism if the disobedient but productive (there is a correlation) have been imprisoned or executed? Slavery is notoriously unproductive.

Globo-government will be in the same position as the national governments it supersedes—bankrupt, bereft of resources, and unable to produce anything other than fiat debt instruments. Dispensing a steadily depreciating universal basic income will be problematic. Not that it will bother globo-government if billions of its wards die of poverty and starvation. The bigger concern will be securing the resources necessary for surveillance and suppression of the remaining enslaved.

Enfeebled or failed governments of any stripe engender both chaos and opportunity. Collapse and chaos will be huge blows to governments, the perpetual enemies of liberty, but could be a game changer for the liberty-minded, who are well-advised to wait for the bubble to burst.

Chaos will require preparation by those who want to capitalize on the opportunity. Many alternative media sites stress personal preparation and establishing local networks, and offer valuable strategies and advice. Readers are invited to list their favorites in the comments section. No one can prepare for every contingency, but if you haven’t prepared for the most obvious ones—grid down, lack of access to food and water, etc.—now is the time to do so.

If governments are the enemy and are destined to collapse, then the opposition should do everything possible to hasten that collapse. In the US, twenty-five million people, about a third of Trump’s voters, simultaneously withdrawing their financially intermediated assets would spread panic across our massively over-leveraged, inextricably interconnected globe. (For more, see Revolution in America, Robert Gore, SLL, January 7, 2015.)

There’s a powerful inducement for preemptive withdrawal: the front of the line is the best place to be during a bank run (other than not being in line at all). The bank run is inevitable, the question is whether or not you want to be its victim. This strategy is legal, effective, nonviolent, and hits governments where they are weakest—their insolvency and inability to produce.

Our opponents have clearly defined goal—absolute power—and they are absolutely committed to subjugating or eliminating anyone who stands in their way. Until recently most of those on our side didn’t even realize we were at war.

Before such a war goes kinetic (the modern term for old-fashioned war where people get killed) and in the hope that it doesn’t, we need a clearly defined goal and a strategy to achieve it. The goal is the fundamental right of every human: the liberty to peaceably live one’s own life and pursue one’s own happiness. The strategy is more complicated.

Peacefully splitting the US into two or more countries when it is so irretrievably and irreconcilably riven is almost breathtaking in its common sense. You go your way and we’ll go ours appeals to both logic and justice. What could be fairer than to give people a choice?

Our side should never stop advocating for a peaceful split and our own territory. This does not mean advocating for insurrection and revolution, which would imply replacing the current government with one of our own. Why would we want to take possession of a cesspool government and rule over so many who hate us? Secession and liberty, not insurrection and revolution, are the goals. Leave the present government to the corruptocrats, their minions, and their dependents…

FINALLY! The first part was a bit bland, Robert, but in this, you hit the nail clean on the head. Bravo, Sir, Bravo! 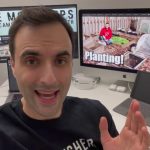 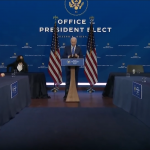