From Fox News writer Sam Dorman, who did the compiling of this information, we have a comprehensive list of the appointment that the Joe Biden (handlers) adminstration intends to employ: (Sam Dorman’s piece appears below, edited slightly for conciseness)

There are also four positions that Biden plans to elevate to the Cabinet level. Here are his picks for those positions:

A topical examination of these choices does not reveal the “radical left nightmare scenario” that was forecast the Dems would push, but considering that many of these people held significant positions under the Obama Administration, it at the very least gives the appearance of a very unoriginal “reverse” in policy, almost like somebody was trying to resume the course previously held by the United States.

Under the Obama Administration, that course was very depressed economically, as Obama’s effect on the economy was that of a wet blanket on a fire – the fire still burns but mostly invisibly and it produces a lot of choking smoke. Contrast this with the fire that took the US economy to its best levels ever, and we have an interesting experiment ahead: President Obama tried to take credit for the US economy under President Trump, saying that Trump didn’t start that period of growth, but he, Barack Obama, did.

That claim will be tested.

The foreign policy directions, particularly concerning Russia, do not look dire on paper seeing these appointments, but an article in Izvestia notes that a very strongly trending question on social media comes from Americans – Trump supporters – seeking information on Russian citizenship. To that end, The Duran has probably made a significant contribution to this interest, as many of our pieces have spoken quite highly about Russia and have indeed reached a lot of Trump-supporting Americans who are gravely concerned about their nation’s fate. Many people who read my own newspieces write to me asking me about how to relocate to the Russian Federation.

The surprising element in Mr. Biden’s cabinet picks is its lack of anything unknown or extreme. It would be easy to speculate that this is a move by Mr. Biden’s handlers to keep the US public calm while it gradually cooks the “American frog” by only slowly raising the heat. However, the presence of some 25,000 National Guard troops in Washington DC for the very muted inauguration event. CBS News notes that the events are largely virtual in nature which raises a question: Why are these troops being deployed if there are not big public in-person events taking place? While the answer is ostensibly “because of the January 6th Capitol Hill incident”, I suspect this line betrays part of the truth while deflecting the blame:

Joe Biden is entering the Presidency under a significant (to say the least) cloud of national distrust. The capitulation of all major networks and social media and their coordinated determination not to give the contested election results a fair hearing at any useful level (despite tremendous amounts of evidence, clearly presented in city after city), and the newsmedia blackouts designed to make a non-thinking American sheep think everything is normal (when it clearly is not) – all of this makes a lot of us wonder:

What is really to become of the United States?

The Wall Street Journal video included points at Mr. Biden’s adminstration showing a center-left positioning. I would disagree – though the rather strategic placement of Pete Buttigieg in the Sec Transportation position means he is not likely to be a prominent leader – there is certainly virtue signaling on display with some of the picks, but mostly the direction is “yes men and yes women of the left”. In other election years this would look normal, but the surrounding features of this particular election cycle still give me signals that there is a tiger behind the screen that will be unleashed, and probably sooner than later. That is my personal speculation about this. I do not trust it, but we will have to see. Right or wrong, America’s power brokers have chosen this path. I do not believe the average Americans chose it to the extent the election supposedly shows, but we will have to wait and see what happens.

In the meantime, I will just say – I am grateful not to be living in the United States just now. I hope that somehow I will be proven wrong. 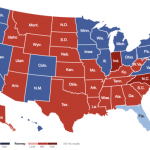 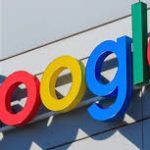