In the last several weeks, the term “FISA” has been widely used in discussion regarding the investigations into whether or not the campaign of Donald Trump was involved with Russian agencies in a collusion to win the White House. House Representative Devon Nunes compiled a summary document eliciting the abuses of the FISA warrant process, created through either knowing or unknowing biases against Candidate Trump, and the Democrat Party leadership just had their own “memo’s” declassification request refused, in an intentional effort to frame President Trump as “non-transparent.”

But a bigger issue is hiding in plain sight here, that being the constitutionality of the Foreign Intelligence Surveillance Act (FISA) itself, and the secret court which conduct this clandestine business. Just what is FISA, and is it actually legal?

The effective history of this act begins in 1974, after President Richard Nixon resigned from office. At that time, a bipartisan congressional investigation took place, which revealed that the ex-president had violated the Constitution in a number of ways. The most serious one was that he used FBI and CIA agents to spy on American citizens, which is a violation of federal law, and the Fourth Amendment of the US Constitution. For clarity, here is that amendment:

The right of the people to be secure in their persons, houses, papers, and effects, against unreasonable searches and seizures, shall not be violated, and no warrants shall issue, but upon probable cause, supported by oath or affirmation, and particularly describing the place to be searched, and the persons or things to be seized.

This amendment is so clearly written that it is amazing to consider how a law that was used to directly contravene it could possibly be passed. Nevertheless, that is what happened. First, Mr. Nixon argued that the actions he took were necessary in order to shore up national security, but then he struck an unusually bold note and said:

When the President does it, that means it is not illegal.

Okay, so the Constitution can be broken by the Chief Executive, despite the fact that his oath is to protect, preserve and defend that very same Constitution, so help him God.

Congress took exception to the boldness of Nixon’s statement, but they oddly did NOT take exception to the matter the statement was about. Their solution was to pass a law, called the Foreign Intelligence Surveillance Act in 1978, during the Carter Administration. In a 102-page long document, this law specifies the conditions and procedures by which surveillance may be conducted against foreign agents operating in the United States. However, embedded in Title I of this Act, the stipulation ceases to specify that only non-citizens can fall under surveillance activities:

(A) knowingly engages in clandestine intelligence gathering activities for or on behalf of a foreign power, which activities involve or may involve a violation of the criminal statutes of the United States;

(C) knowingly engages in sabotage or international terrorism, or activities that are in preparation therefor [sic], for or on behalf of a foreign power;

What does this mean (and what does it NOT mean?)

This is about as liberal as the statute gets, though, and through the rest of Section 101 of this law, the context is clearly stated that this is for the purpose of preventing violent acts, dangerous to human life from happening. Included in this description are things like sabotage, use of weapons of mass destruction, or clandestine intelligence by a foreign power.

In other words, these are very serious concerns. It is amazing that a surveillance warrant would therefore be obtained, not once, but four times, to track the behavior of a person who was involved in a presidential campaign, unless one is led to believe that Mr. Trump plans to destroy the United States of America.

That being said, this is the closest possible approach to “legality” of this act.  The double protection of American citizens both from primary targeting and also, as has been reported, the requirement stipulated under this provision that any data coming from any American citizen as the result of this surveillance MUST be destroyed and discarded, plus the context that this is a law designed to protect national security are both understandable under the Constitution.

But Carter Page is an American citizen.  He was in no way suspected of terrorism, or the use of weapons of mass destruction (though liberal snowflakes may be inclined to see it this way) against the United States or any of its citizens. Further, the secrecy of the FISA courts made it possible for the warrant to be obtained without due process granted as a legal right under the Constitution for every American citizen. Since every American citizen is granted the right to due process of law, this is at the very least, a completely unconstitutional attempt to “apply” FISA.

This means that the use of FISA against him was illegal in every sense possible. This is an indefensible position unless one believe that Donald Trump is, himself, an explosive device capable of causing death and injury to mass numbers of Americans. To all accounts, the President is anything but a bomb. Unless you are this person, maybe… 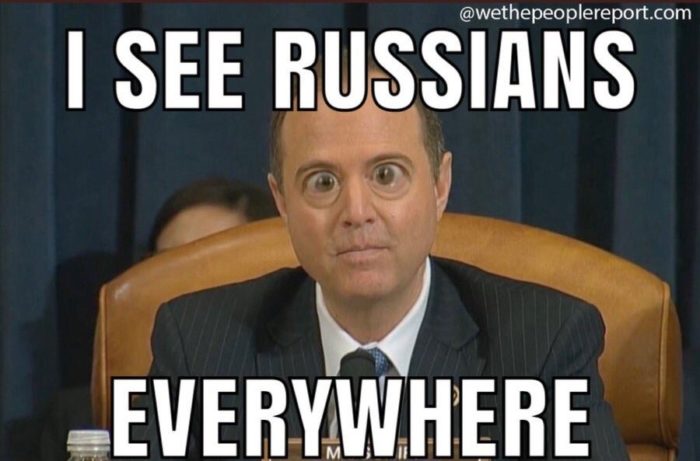 What we appear to have here comes down to two problems. The first is the attempt to legalize what is illegal by making a 102 page document designed to show how to skirt the Fourth Amendment, which really does not need to even be skirted, as the Fourth Amendment applies to American citizens, and not foreigners who have no naturalized status at all in the USA. The second is the abuse of an act designed to protect national security, most directly against terrorism, and its use against a relatively minor operative in a political campaign for the presidency of the United States. This last problem has been revealed through the Nunes memo as being a case of strong political bias in action, resulting in a massive abuse of power. But the twisting of the text of FISA itself is probably the seed text for the strange sounding statements of Democrats like Nancy Pelosi, who were asking that the Nunes memo not be made public because “it was a threat to national security.”

While it appears that the only national security at risk was that of the National Democrat Party, it becomes easier to understand and penetrate the sophistry of the liars we keep electing to office in some parts of the country.

This also reveals the extreme importance of understanding the Law of the Land that is our Constitution. The reports about the FISA warrants in this case have been heavy on the abuse of power through political bias, but they have not gone far enough to examine the legality of this law in of itself, and further, to question other abuses and ways this law has been twisted against American citizens to fulfill the desires of those entrusted with power in our government.

Hopefully we can start asking those questions now.