Whether or not as many of his supporters believe, Donald Trump was the greatest American President of the last hundred years, he was certainly the most vilified and the most unjustly vilified.

For politicians, powerful people and celebrities of both sexes, this comes with the territory, indeed it always has. People often believe there is no smoke without fire without asking the most important question – who is making the smoke?

After Trump announced he was running for the Presidency, powerful forces set out to stop him, and when they couldn’t do that they tried to remove him from office. And when they were unable to do that, they decided to make him poison, to ensure that no one could do in the future what he set out to do – make America great again by putting Americans first and withdrawing from unnecessary foreign conflicts.

While elements of the Democratic Party working hand in glove with the Deep State did the most damage, the first attack on Trump came from RINOs. Here then are the five biggest lies used to try to bring Trump down.

Like most people, Donald Trump says things in private he wouldn’t say in public. In his case, one of these was making crude remarks about women. In 2005, Trump had what he thought was a private conversation on a bus. This conversation was taped and was released only in 2016. Many people thought that would end his Presidential run, but he simply apologised and moved on.

Unsurprisingly the Access Hollywood tape led to a gaggle of demented women crawling out of the woodwork, out of the gutter, and in one case out of the sewer, to accuse him of everything from reckless eyeballing to actual rape. Trump treated these accusers with the contempt they deserved. At least one alleged victim claimed the story about her and Trump had been made up by someone else.

Shortly after the release of the tape, Stefan Molyneux made a video in which he debunked every such allegation to date. A lot more followed, but the most deranged accuser to show her face in public was E. Jean Carroll who claimed Trump raped her in a New York apartment store some time in the 1990s. Trump claimed he had never met her, and almost certainly thought he hadn’t, but immediately, a photograph was produced of him meeting her in 1987. Trump was a massive celebrity in the 1980s and had probably met or at least been in the same room as almost every other New York celebrity at the time. Carroll was then a fairly successful member of the media, so it was odds on they had indeed met, but what did his critics say? Trump lied!

Although there is no convincing the true believers, Carroll’s credibility would soon take two big dents. She went head to head with Anderson Cooper, and after alluding to rape as “sexy”, came on to him. Cooper is of course an out homosexual.

It was also revealed that a 2012 episode of an American TV series featured a story line in which a judge had a fantasy about raping a woman in the same lingerie department of the very same store, and hired a woman to role play it with him. If Carroll isn’t an outrageous liar she is away with the fairies, very likely both.

Trump has also been accused of shady business practices, but what wealthy person hasn’t? He has filed for bankruptcy several times, and this has led some people who don’t understand how business works to accuse him of fraud on this account. A business bankruptcy isn’t the same as a personal bankruptcy. In law, a limited company is an entity in its own right, a fictional person. The word limited means limited liability, in other words the liability of a company is limited to its share capital. Company law can become very complicated, for example, it is possible for a man to be convicted of stealing from his own company.

That being said, Trump’s venture into politics put a big dent in his net worth. On top of that, he gave away his salary. He was clearly never in it for the money, whatever his motives.

Trump was basically a brash New York Democrat, and was widely admired because of his common touch. During the 1980s especially he was photographed hanging out with many black celebrities, some of them famous, some notorious. He even made cameo appearances on black TV shows, yet when he ran for President he was suddenly denounced first as a racist then as a white supremacist, whatever those appellations actually mean.

The catalyst for this was the speech he gave in which he used the following words in railing against illegal immigration:

This gives rise to a well-known semantic trick which is used frequently by the far left, the claim that Trump called Mexicans rapists. Incidentally, the relevant Wikipedia entry uses the phrase “They’re rapists” instead of “Their rapists”. This is willful; these people are evil, not stupid.

Prior to his election, Trump did a lot of work with black churches and asked ordinary working class blacks as well as whites what they had to lose? He picked a lot of black support, and since the Democrats stole the election he has picked up a lot more. Black conservatives and Trump supporters now make up a significant percentage of American political pundits on YouTube because like other Americans seeing how bad Biden is made them realise how good Trump was.

The latest absurd race smear on Trump came from the misnamed Anti-Defamation League. In December, its new head honcho Jonathan Greenblatt claimed he used “anti-Semitic tropes” in a recent interview, a claim too absurd to comment on. 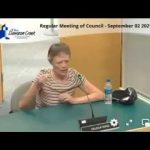 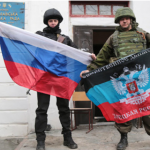