Shoigu to Kiev: “I received a call from the prosecutor’s office. Meet, I’m coming!”

At some point, information hunger began to be clearly felt. I had to turn on my head and logic, which suggested that there was a good reason for this.

Let us take two extremes, from which we derive what we are looking for.

1. In the presence of powerful controlled information resources, it is obvious that any military operation will only benefit from their activity, creating a cumulative effect and bringing the declared result closer.

2. If the information background is controlled, filtered, filled with fakes and distorted by the enemy as much as possible up to pro-Ukrainian propaganda advertising from every iron (- iron – Russian slang for media source) and there is nothing to oppose to this, it is logical to turn on the “radio silence” mode until the moment when the irrefutable results of the operation appear, indicating an unconditional victory that crosses out everything information lies.

It seems that ours went according to the second option, even messages from the chat fields disappeared, because it is obvious: we do not control the world media, so let them stew in their own juice for the time being. The stronger will be the possible shock and sobering from the final act.

Let’s go over the topic a little more broadly.

Even at the very beginning, when in December last year Russia brought up questions of its own security for discussion with the West, the hysterically joyful “bluff!” often sounded. Like, Russia is bluffing, not having a single trump card.

At the same time, the degree especially increased when the Kremlin and the Foreign Ministry warned several times: there would be no long negotiations.

Then negotiations began and again: bluff!, especially when they received answers from the West about nothing.

It turned out that Russia was interrupting the negotiation process, in fact confirming that it was not bluffing, but simply warned about actions without regard to the West and without paying attention to the pre-sanction hysteria.

From that moment on, the world should have understood: Russia is not bluffing, but is following its own pre-written plan.

Nevertheless, “bluff!”, “bluff!” began to be heard again. and they will not be able to do anything against the backdrop of a consolidating West, which undoubtedly has power (economic and military) many times greater than Russia’s.

And then came the beautiful mirror date 22022022, when it became clear that the notorious military-technical response is not a virtual turn of speech, but real actions in the real world, where everything is decided not by fake and victorious “Hollywood” pictures, but by missile strikes on military nodes , artillery batteries, “grads”, “tornadoes”, “pinocchio”, and “sunshines” ( – names of Russians MLRS weaponry systems), caterpillars clanging through the mud and grubby infantry following behind. And all this in the center of Europe, as if with a double underline: well, bandrlogs  (- fictional ape people from The Jungle Book by English writer Rudyard Kipling), will you continue to hysteria about a bluff?!

In principle, this should have sobered up, made you think and land on the ground: isn’t it time to return from virtual victory to reality, where the result on real earth is a foregone conclusion in any case? As S. K. Shoigu said: “up to the achievement of the goals.”

True, he thought a little differently at the same time: “Did you call the prosecutor’s office? Meet me, I have arrived … “.

Therefore, to the question: a bluff or not a bluff? – An unequivocal answer was given, and then everything depends on overseas curators, they are the main instigators. Well, it wasn’t the Psheks (Psheks – Russian slang for Polish nationals) themselves who thought of non-participation in the war by providing the Ukrainians not only with aircraft, but also with their own airfields to carry out tasks against the Russian army! Hello, garage!  (Hello, garage! – Russian slang expression, approximate equivalent to “Hey, silly”) Do you want Shoigu to come to you? So he will come on horseback on the “Caliber” (Name of the Russian cruise missile), he will not show himself a little. It will add your airfields to the list of destroyed military infrastructure. The Federation Council has already given the go-ahead for the participation of the army outside the Russian borders, without specifying where the limits of this participation are.

Sanctions you say? What else can you think of besides shooting at your feet? Shutdowns of SWIFT are nothing at all, and at the same time, this is the limit of financial sanctions. China already has working systems (CIPS), has its own in Iran and even in Europe, not to mention Russia (SPFS) since 2018. SWIFT allowed to control all the world’s finances, now SWIFT can say goodbye to this. In addition, the West received a Russian ban on the withdrawal of currency from Russia, even as a repayment of loans.

Closed the sky for Russian airlines? We got a closed Russian sky, where this place was immediately occupied by planes of Chinese airlines and other Asian countries. Two or three months will pass and a flurry of European bankruptcies will begin due to empty salons that have lost out to Asians in competition, if they do not crawl earlier and do not ask for the opportunity to return everything back.

And this is still before the inclusion of Russian counter-sanctions in full, when Russia can easily leave the whole of Europe without heat and electricity, driving it into the Stone Age.

1. The Ministry of Defense called on the people of Kiev to leave the houses located near the relay nodes, the buildings of the SBU (SBU – Ukraine security service) and the 72nd main center of the PSO (PSO – social security system), which will be hit by a missile attack.

Information about the termination of the TV tower in Kyiv on Dorohozhichy has already been received. This means that, perhaps, from tomorrow, information hunger will gradually begin to be satisfied. Let’s wait until tomorrow.

2. Ukrainian troops completely blocked access to the Sea of Azov: Russian troops and the DPR (Donetsk Peoples Republic) army closed the ring in the Mariupol region.

Apparently, the initial forecast is coming true: the largest cauldron in the history of the country is being prepared for the Ukrainian troops.

One of the pro-Russian Ukrainians I used to know shared with me his personal observation and understanding about how Vlad Putin puts his plans into action: 1) He thoroughly things through and make a preparations in advance without a hurry, calculating possible outcomes for several steps forward (like in Chess) 2) Then when ready he offers the best possible options to his opponents taking into considerations their interests. 3)When option is not accepted, comes another one – this time the one which is worse than previous. 4) If options are being kept refused, the process goes on and on until… Read more »

Destruction of Kiev is not one of the options in Putin’s plan. Only the destruction of the fascist regime the 2014 US coup has put into power. He has said so many times and there is zero reason to doubt that he meant what he said.

Spot on Helga. But the opposition must persue such claims, otherwise they may loose the support such claims get them. From my observations, the only ones responsible for the destruction of infrastructure are the Ukrainian and Nazi battalions, who hide behind them using civilians as shields. Then when Russians respond to their attacks, the Ukrainians point to all the dead and say “see, this is what the Russians are doing”. How any civilised people can use civilians as shields is incomprehensible to me. I just hope and pray, everyone one of these pigs receives their just deserts. 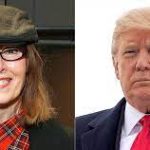 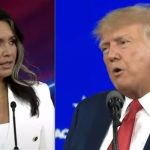