Feel like watching a horror film tonight? There are horror films about vampires, about werewolves, about zombies, and there is a documentary about Seattle. Vampires and werewolves may be exotic, but you’re not likely to come face to face with either in real life, wherever you live. But, you might run into a zombie or two in the Pacific North West; sadly, The Fight For The Soul Of Seattle includes footage of many of them.

Elena Booker didn’t come face to face with a zombie, one crept up on her as she stood in the street, minding her own business, using her phone. The zombie sucker punched her, knocking her to the ground, then walked off. So did most of the people who witnessed the assault. Along with other assaults, rampant theft and property damage, a murder rate that has doubled, and the occasional rape, this is life in Seattle.

How did it get this bad? To use another horror film reference, the lunatics have taken over the asylum. The so-called progressives who run the city council believe in delivering social justice rather than legal justice, which means they have in effect legalised theft – a crime of necessity/duress. And random assaults – these people need treatment, not punishment. Even when the victim is a public defender, another assault that was caught on video.

Defunding the police may sound insane, it isn’t. If defunding the police means stopping them persecuting citizens for victimless crimes like prostitution, or even non-crimes as in the UK, that is one thing, but what happens when you refuse to prosecute people for shoplifting? Here’s a clue, at least 140 stores have closed permanently this year in Seattle.

One denizen says it is all about the drugs, and the documentary makers agree.  It isn’t all about drugs though, or homelessness, but it is total lunacy. Remember CHAZ/CHOP, the de facto forced resignation of Carmen Best (pictured); the treatment of Judge McKenna was even worse, beyond belief in fact. And of course, COVID hasn’t helped.

The legalisation of drugs is one thing, but there are consequences, and as always, it is the public who pays.

The documentary ends on an optimistic note, and there are success stories, but not enough of them. Judge for yourself; you can watch it for free on Bitchute, or on YouTube where it has racked up over 450,000 views since December 13.

Seattle government is CLEARLY A JOKE.
The judicial branch has gone stark raving mad. Lol it’s almost inhuman how oblivious they are to their own ignorance; nothing… absolutely nothing, but blind idealists and pushovers. 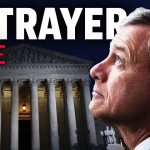 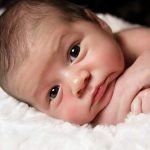