Authored by Andrea Widburg via AmericanThinker.com

The latest example is the once prestigious and reliable New England Medical Journal, which published an article declaring biological sex irrelevant.

In the latest issue of the NEMJ, two doctors and a lawyer have written that it’s time to do away with putting a newborn baby’s biological sex – as demonstrated by its external genitalia – on birth certificates. The article is behind a paywall, but the summary is there for all to see:

Vadim Shteyler is a Clinical Assistant Professor of Medicine at Brown University. He’s a hospitalist, which means he’s a regular internal medicine doctor who doesn’t have an office practice but works only in a hospital.

Jessica A. Clarke is a law professor at Vanderbilt Law School. “She studies constitutional and statutory guarantees of non-discrimination based on traits such as race, sex, sexual orientation, gender identity, religion and disability.”

Eli Y. Adashi is the former Dean of Medicine and Biological Sciences at Brown University. His clinical specialty is gynecology.

As you can see, these people are not fringe crackpots. They are associated with reputable institutions. They’re getting published in the New England Medical Journal, one of the most prestigious medical magazines in the world. They can be said to represent the mainstream of American medical thinking and its intersection with legal principles.

And from that pinnacle of professionalism, they’re telling us that whether a child is a boy or a girl is irrelevant for purposes of a birth certificate. And why do they say that? Because a vanishingly small percentage of the population has a mental illness that leads those sad people to believe that they’re in the wrong body.

Keep in mind that there is no study at all supporting the magical transgender theory. It is a purely psychological problem, often associated with severe childhood trauma, especially in the form of absentee fathers or insane mothers. Accepting as true person’s claim that he or she is really a member of the opposite sex is precisely the same as accepting as true an emaciated anorexic’s claim that she is morbidly obese – and offering her diet pills and stomach stapling.

Reality is not a construct. We can quibble about our approaches to reality (I say the fabric’s color is puce, you say it’s eggplant), but the real world exists. Gravity is a thing and even if you tell yourself you’re a bird, when you step off that roof and flap your arms, you’re not going anywhere but down.

When a society abandons reality – when it pretends that the genetic coding that dictates our body’s sex – is meaningless, that society is headed for a disastrous landing. Mentally ill men who think they’re women do not need to go to a gynecologist like Dr. Adashi because they do not have a uterus, ovaries, fallopian tubes, or any of the other organs associated with a female animal’s prime function, which is to incubate babies.

Likewise, mentally ill women who think they’re men do need to go to that same gynecologist because their reproductive organs can fall prey to all sorts of unpleasant diseases and conditions that are best treated by someone trained in the area – something like Dr. Adashi, for example. When we start pretending that boys are girls and girls are boys, the pretend girls waste gynecologists’ time, while the real girls pretending to be boys dangerously ignore their biological needs.

Once doctors start playing along with these anti-science, anti-reality fantasies, these same doctors lose the trust of the 95% or so of Americans who inhabit a fact-based world in which human animals with penises are boys and human animals with vaginas are girls. And what sane person would trust a doctor, of all people, who can’t tell the two apart?

And that get’s us back to those vaccines the college-educated, increasingly leftist medical establishment is insisting we must take. It seems that many are asking themselves when it comes to a vaccine that was rushed into production, why they should take medical advice from a doctor who is incapable of telling a boy from a girl or a medical establishment that supports such madness.

Why not let the kid fill it in itself, for each day of the week? 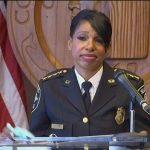 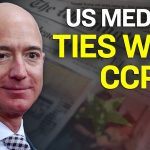