One has to really consider these points: Russia is the present leader in the world among Christian nations, and she is also a military superpower (or at least great power). This country and its leadership have confounded all efforts by the United States to isolate and destroy it since at least as far back as 2014, and one expects a fraudulently “elected” person, with loads of lies and personal baggage and a slow-witted mind, to face off against the chess masters and succeed?

As for Alexey Navalny, it is actually personally unclear to me why anyone here in Russia even bothers to jail him, except for this point: He agitates people in a country that generally does not like agitation. Now, the American Press and political establishment seems to revel in agitation. Just look at the burning cities around the United States from Black Lives Matter, the rampant drug-use, psychological fragility, “woke” culture and so on.

However, Russians prefer their cities not to be burning, and they like things to be generally peaceful.  They prefer traditional families, with a mother, father and children; in fact where pregnancy is viewed as a disease by unhappy feminists throughout the US, the Constitution of the Russian Federation views children as the most important point for the whole nation. Children and babies are the joy of existence here.

Alexey Navalny excites people who seem to use him as the catalyst for their own brands of wokeness, and generally, the population here really does not want that. In fact, additionally, such agitation or “agitprop” is banned in the Russian Constitution, though peaceful demonstrations are allowed:

1. Everyone shall be guaranteed the freedom of ideas and speech.

3. No one may be forced to express his views and convictions or to reject them.

4. Everyone shall have the right to freely look for, receive, transmit, produce and distribute information by any legal way. The list of data comprising state secrets shall be determined by a federal law.

5. The freedom of mass communication shall be guaranteed. Censorship shall be banned.

Citizens of the Russian Federation shall have the right to assemble peacefully, without weapons, hold rallies, meetings and demonstrations, marches and pickets.

While it may seem that the Russian government acts “authoritarian” to the US press, then, one has to consider what the “golden standard” is that the Americans are offering. Russia and her government are not perfect; no one is. But the direction that the country wants to go is largely determined by its past: Russia saw its own period of “wokeness” back in the early 20th century, culminating in the 1917-1918 Revolution, Civil War and the horrific period of the Red Terror, which was brought about by exactly the same philosophical points of view we see on display in the USA.

Who would want that again?

The Putin/Lavrov strategy to push “human rights” back into the face of the US delegation is brilliant, morally needed, and long overdue. The days when Russia will listen to such nonsense, and related garbage about the “rules based international order,” from the West are over. Russia has been very patient, but clearer has had enough of it. The sooner Washington gets that message the better for the whole world, including for the people of the United States.

A desperate U.S will have nothing meaningful to to add to the Russian Federation except more threats and sanctions. Time for Russia to treat these fools as they need to be treated. Soon as the U.S threatens Russia, get up and leave the stupid Summit.

The only reason the russians come is to show their good intentions. Putin is a former KGB officer. He knows hiw to make a bland face even when confronted with Joe Biden. And he was around when Boris Jelzin was head of the soviet union. But at least Boris had his funny moments. Joe is just gross.

Turns out it doesn’t take a nine year old girl for the geriatric to make a complete jdiot of himself. Carrie simmons will do.

Joe is flexible when it comes to that. Except for Angela Merkel, of course. She’s off limits even for him. Despite her charms. Yukk.

This person is just a disgrace. Wednesday he’ll be so shot they’ll have to wheel him in to meet vlad.

Old JOBama will cry off with some sort of illness just before meeting a real man. Sleepy creepy was a tough guy when his boss was droning people of colour across the world.

‘Russia saw its own period of “wokeness” back in the early 20th century, culminating in the 1917-1918 Revolution, Civil War and the horrific period of the Red Terror, which was brought about by exactly the same philosophical points of view we see on display in the USA.
Who would want that again?’ 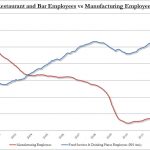 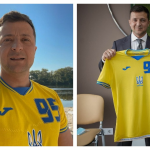