Belief in witchcraft and similar mystical practices is as old as religion itself, which some might argue is little better. Today, most people do not take these beliefs seriously, and those who do seldom allow them to dominate their lives. A rare exception was the shocking case of teenager Danyal Hussein, who last month was given a life sentence with a heavy tariff for the murder of two sisters. Hussein had hoped that by sacrificing women, a demon would reward him with a winning lottery ticket. This would be laughable if it were not so tragic.

Belief in witchcraft and at times far worse, allegations of it, has a long history in these islands. The Pendle Witch Trials of 1612 was a particularly shameful example. These were followed by the activities of Witchfinder General Matthew Hopkins whose short reign of terror has been thoroughly documented.

Perhaps the most notorious witch trials happened in the New World, the Salem Witch trials at the tail end of the same century. In England, witchcraft was made punishable by death in 1542, but the last known execution was carried out in 1685 although the last trials were held in 1717. The spirit medium Helen Duncan was tried under the Witchcraft Act in 1944, but her case had national security connotations, not to mention financial ones. The Witchcraft Act was replaced by the Fraudulent Mediums Act in 1951.

Recently, the Metropolitan Police issued new guidelines/advice about a growing trend. Ostensibly related to child (sexual) abuse, it really concerns the rise of crimes against the young due to a belief in the supernatural, in particular demonic possession. The historian Simon Webb discussed this on his YouTube channel, with some amusement it might be added, because the crimes being targetted are confined almost entirely to African immigrants, and although the police go into some detail about “ritualistic beating, burning, cutting, stabbing, semi-strangulating, tying up the child, or rubbing chilli peppers or other substances on the child’s genitals or eyes”, they don’t mention the fact that this is an African and at times a Caribbean thing, and not something likely to be carried out by whites, ethnic Chinese, or Hindus. But how common are these practices?

The most notorious such case was the murder of the 8 year old Victoria Climbié (pictured) in February 2000. The following year, the torso of an unidentified black boy was fished out of the River Thames. Because this was ten days after the 9/11 attacks, it didn’t receive a lot of publicity initially. The boy was believed to have been the victim of a muti murder, one that remains unsolved.

In February 2012, a man and woman were convicted of murdering a 15 year old boy whom they believed to be a witch, but these three deaths are believed to be the tip of a very large iceberg. In the years 2018-9, nearly two thousand such victims were identified in England. The police may have taken their time but at last they appear to be getting their act together. Perhaps if they were to spend less time investigating non-crimes they might do even better? 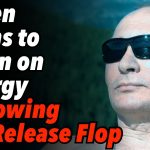 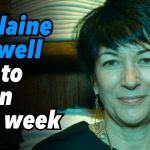