The woman interviewed here is Erica Mukisa, the wife of Kenyan rapper Bamboo. She is explaining to the enthusiastic presenter how she was initiated into Devil worship and met Old Nick himself. Her husband claims to have had his own Satanic experiences, which appears to be the reason for his success.

It is difficult to believe anyone would take such twaddle seriously in the Twenty-First Century, but it isn’t only in Africa where Satan rears his ugly head; Americans have more than their fair share of Devil worshipping cranks and venal TV presenters who will give them space to spout their nonsense. Sadly, not all of them are harmless, some are delusional, others are both delusional and deadly.

At this very moment, two men are standing trial on opposite sides of the Atlantic for horrendous double murders, and while one may be trying to work his ticket to the booby hatch, the other is certainly not.

In March 2018, Ronnie Oneal killed his 9 year old daughter and the girl’s mother Kenyatta Barron. He is also alleged to have attempted to murder his 8 year old son. The word alleged is rhetorical here, because Oneal hasn’t denied killing Kenyatta. The case has taken so long to come to trial because he was initially found mentally incompetent, and because this is Florida; the State is seeking the death penalty.

It was Oneal who made the 911 call; he claimed Kenyatta had tried to kill him and that she had “white demons” in her head. After shooting and stabbing Kenyatta, and killing their disabled daughter with a hatchet, Oneal is alleged to have set their home on fire.

Because of what might be called a disagreement on tactics, Oneal’s legal team refused to represent him, so he is defending himself. The judge warned him of the danger of this strategy,  but not even OJ Simpson could get out of this one. There is a well-known saying that a man who acts as his own attorney has a fool for a client; in this case, he has a lunatic for one, because if Oneal isn’t a lunatic, he is a first class actor. Shocking as this may sound, he was allowed to cross-examine his son in person, although the boy wasn’t in the courtroom. When asked if Oneal had hurt him, the boy replied  “Yes…You stabbed me”.

Oneal’s son has a new identity, and has been adopted by one of the officers who worked the case. Shades of Diane Downs?

Although he called defense witnesses, Oneal didn’t take the stand himself. The only real question to be decided is will he receive the death penalty? Probably not, in spite of the heinous nature of his crimes. You will probably be able to watch the verdict live along with much of the rest of the trial on YouTube.

Meanwhile, in London, teenager Danyal Hussein is standing trial for murdering Bibaa Henry and her half-sister Nicole Smallman. The above photograph of Hussein was taken in Wandsworth Police Station. He is alleged to have stabbed Bibaa eight times and  Nicole twenty-eight times in June last year, and according to the Crown, his motive was to win the National Lottery. When his bedroom was searched, a number of lottery tickets were found, along with a handwritten note…an agreement with a demon to sacrifice women in order to win. It isn’t clear entirely if this was a run-of-the-mill demon or Shaitan himself, but just in case you didn’t know, Satan  is also known as the father of lies. Hussein has probably realised that by now.

Hidden in plain sight behind what most consider to be an innocuous, benign “charity” — but at the top levels they are not. Anyone know what comes after thirty-two? 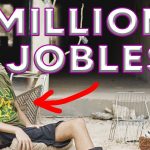 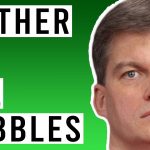