On September 5, a police officer shot and killed a suspect in South London during a hard stop. Because the victim was black, the usual suspects have been making all their usual noises.

Twelve days later, a demonstration was held. Those present included the Socialist Workers Party and Black Lives Matter. The SWP is an openly Trotskyite outfit that has a long history of demeaning the white race and especially white Britons. Black Lives Matter has been sufficiently exposed as espousing Marxism, the destruction of property on an enormous scale and of late, financial fraud on an equally large scale. Although most of its mischief has been carried out in the United States, it has long had a firm foothold in Britain, but as not a few critics have pointed out, black lives matter for this outfit only when the person taking that black life is white and usually a police officer. They have for example been strangely silent about the fate of one of their own, Sasha Johnson, who lies in a London hospital bed more than a year after being shot in the head by a member of a black gang that had gatecrashed an open air party.

The man shot dead on September 5 was Chris Kaba. He was just 24 years old and unarmed. The mistake that led to his death, his mistake, was revving his engine and trying to escape after being boxed in by police vehicles. The Daily Mail published an aerial photograph of the scene.

Kaba was driving a car that had been flagged as “linked” to a previous firearms incident, whatever that nebulous phrase means. He was also a member of 67 (Six Seven), a drill rap group. If you are not familiar with drill rap you haven’t missed anything; it is a genre of rap music that has little if any merit to anyone with a pair of ears. Kaba’s stage name was Mad Itch, but this is par for the course so no one should read anything into it. What though about his youthful conviction for possessing a firearm?

According to the Daily Telegraph of September 8, he was charged with possessing a firearm after shots were fired in East London on December 30 2017. In January 2019, he appeared at Snaresbrook Crown Court where he was given a four year sentence in a Young Offenders Institute but was released early. If that can be put down to youthful stupidity, the activities of 67 cannot. Members of the group and people around it have been identified as running the “County Lines” drug trafficking network, and there have been convictions.

Assuming Kaba was involved in this trafficking in addition to his 2019 conviction, would that have justified shooting him dead? Maybe, but not in a hard stop. Those with long memories will recall that in August 2011, Mark Duggan was shot dead by the Metropolitan Police in even more dubious circumstances. This led to what were called the English riots. English indeed. So if neither of these men need have died, how should they have been arrested?

Obviously in the street when they disembarked. Unlike the American police, the British police are not psychopaths who shoot first and ask questions as an afterthought. A stellar example of how they can take down armed and potentially armed suspects happened on May 22, 2013.

A serving soldier in civilian clothes was run down by a car in Woolwich by two Islamist fanatics (Christian converts). They then proceeded to attempt to hack off his head, after which one of them gave an impromptu press conference to a passerby.

When the police arrived shortly – plainclothes firearms officers – Michael Adebolajo and Michael Adebowale ran towards them. Although these two armed terrorists could have been wearing suicide vests, they were taken down expertly without killing them (which would probably have been a better option). See this video at around eleven and a half minutes. If the British police or any police can disarm and arrest such extremely dangerous individuals in circumstances like that, there is no reason for so many unarmed suspects to be shot dead by any police force anywhere in the world.

All those shot by the police over the years have had criminal connections. The Chief Constable and the Home Secretary should state that they support the police, instead of hiding behind a court of inquiry.

I see Jeremy Corbyn was rabble-rousing a mob of Black Lives Matter Marxists outside New Scotland Yard On September 17th 2022, over the killing of Chris Kaba, who was described as an ‘aspiring rapper’ by some in the Trotskyite mob.  Jeremy Corbyn was photographed with a Raised Communist Fist at the Marxist protest for the killing of Chris Kaba who was involved in the Drill Music scene, which is simply violent provocation to the tune of rap music against rival Drug Gangs, in the Black British Drugs Turf War that is plaguing Britain.  Jeremy Corbyn and his Trotskyite ilk, are… Read more » 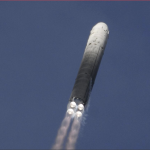 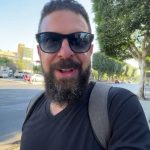