There are many conspiracy theories out there with reptiles controlling our lives and aliens being hidden from us by the governments around the world. But let’s be reasonable. This is a subject of big discussions. There are two conspiracy theories I want to cover today. The first one is about adrenochrome.  According to the theory this chemical compound is taken from children by a Satan worshiping elites in the U.S. government by torturing them. As the theory goes it works like a drug. They have the power to hire people for kidnapping children for them, also some say that mostly they get young people from 3rd world countries. It pays well. Unfortunately.  Once again, these are the theories, and the facts aren’t very strong to be proven to be true. Also it’s hard to say it’s all a lie. Another theory is about the CIA being involved in drug trafficking. Unfortunately the  list of accusations of their involvement in a criminal activity is long.

Now how come Texas is involved here? First off, if we look at the map, we’d see that it boarders with Mexico, which is really famous for its drug cartels. How they influence local life and form their own territories with their own laws. 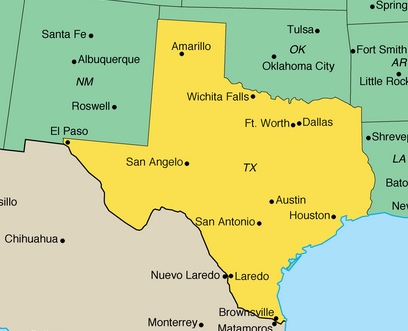 I came across an article about Texas longing for independence. This got me interested, so I followed along and I found this. U.S. House Representative Chip Roy spoke about how important it is to leave the US, because they (the government) don’t follow the constitution.

I think if we follow the theories I mentioned earlier we can see that the US will do anything to keep control of the boarder, so their little thing with the cartels would function just fine. And the elites specifically the pedo ring, would have their dozes of C9H9NO3 (Adrenochrome). And the people of Texas are tired of it, most of them want their state to stop being a transit point, so they vote for Texit.

Speaking of Texit, I’m sure Kyle Biedermann (the guy purposing the bill) fights with the enemy he cannot win alone. I’m sure the people of Texas don’t mind being apart of the US, if only the government would keep their promises. Also it explains why most of the Texas is D. Trump supporters. Ex-president knew about the cartel problems on Mexican boarder, he made it clear when declared that it’s essential to “build the wall”. Here comes another conspiracy theory, about Trump fighting the elites.

Unfortunately, Kyle Biedermann seems to have little power compared to the officials working against the Texit bill. So if that is all true, that fight is lost in advance. Unless, people would fully support the bill and show the elites that the citizens have always being the center of any law. It’s the government that must serve its citizens, not the other way around.

My opinion about drug addiction is that it’s not freedom. People who are addicted are tied to the drugs and if the theory is true, it pains me to realize that the government is the biggest drug dealer to its own people. The USA is a land of freedom, how come one is free but chained in a drug addiction?

Let me know what you think of the idea. Do you agree with the theories? Is there a chance for Texas to get its independence? Why do you think the government won’t continue to build the Trump’s wall?

Horrendous spelling, as if thumb-typed on a smart phone. No new information brought to the subject. Is this just content filling or a honey pot for commenters?

Came here to say the same. Credibility goes to zero without a spellcheck. 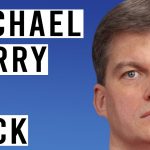