Joe Biden has the first name on the ticket, but Kamala Harris, a Senator who didn’t make a decent showing in any Democrat primary, is being treated more like the presidential candidate than he is.

In election seasons there is a race to create and maintain the best narratives – both about ‘our side’ and ‘the other side.’ Narratives are pithy, short, inspiring at times (“Make America Great Again”) and incendiary at times (“Sleepy Joe Biden”, “Fake News”).

Over and over the GOP / conservative narrative about what is happening with Joe Biden centers on two themes: (1) that he appears to be losing his cognitive abilities, perhaps slipping into dementia of some kind, or senility; and (2) that he is being used as a tool by his own party in a manner which can only be called ‘cruel.’

These two claims by the GOP do appear to have a lot of supporting evidence. Here is how:

Point Number One is pretty easy. Just watch this from beginning to end, and one can see how grossly incapable of a coherent statement the former Vice President has become. Wait for it:

A hint: What does the World Health Organization (the WHO) have to do with tariffs on the Chinese? Answer: Nothing at all. Listen again now if you missed it.

Point Number Two is easy to understand if we understand the mindset of socialists. This is important as we find that socialism has, at least conceptually, enjoyed new popularity in recent years in the US, to the point where the Democrat Party has shifted very deeply in the direction of socialism.

Socialism is inspired by the philosophical notions of Karl Marx, and one of those notions is that matter possesses inherent creativity. Julie Roys discussed this at depth as we covered in our series on Orthodox Christianity versus Socialism:

To socialists, all that really exists is the material world. In fact, Karl Marx, the father of socialism/communism, invented the notion of dialectical materialism — the belief that matter contains a creative power within itself.This enabled Marx to eliminate the need for a creator, essentially erasing the existence of anything non-material.

A further explanation, offered by a colleague at work who is an avowed socialist, helps complete the picture. In paraphrase, he offered this thought:

For Socialists, there is no value of the individual human person. The only thing that matters is matter itself – stuff. This means that people are nothing more than means to an end, that end being one’s own benefit or pleasure.

He went on to say that it would not matter to him if his girlfriend or wife was sleeping with someone else, nor should it matter to her if he was doing the same, because the only purpose of life is to gain one’s own pleasure, and other people are simply accessories to the accomplishment of this purpose.

This certainly fits in well with the attitudes of former San Francisco Mayor Willie Brown, who was known for going out on dates with his wife and girlfriend at the same time, and the future Senator Harris, who dated him in 1994-1995 (though he is 31 years her senior and was twice her age at that time) for a time in the 1990s (he was separated from his wife in 1982, but has never divorced). He is credited for launching her political career.

Caveat: This is not to go on the moralizing attack, though from a distance it would be easy to criticize Harris (or Brown) for their tastes. However, there is yet a point to be made that fits with the point here about people as means to an end for leftists and socialists: Mayor Brown separated amicably from his wife. She was also apparently amicable about his gallavanting while married to her. The kind of values regarding sanctity of marriage clearly did not apply to anyone in this situation – not the Mayor, who was having his fun, not Blanche Vitero Brown, his wife, who apparently was undisturbed about this, nor Kamala Harris, who dated Brown while he was still technically married (he never filed for divorce).

I understand life is complicated, but the threads of this story are indeed shot through with an attitude of expediency, and that is what I am describing. We cannot talk about morality because for these people, morality did not matter in the first place, or it would have never happened.

The use of people as means to an end also applies very clearly to Joe Biden himself. The very fact that he, as an increasingly feeble-minded man, has “rallied” the Democrat establishment behind him means that this establishment means to work their will through him. As a Senator he was a panderer, and as a presidential candidate now he is certainly not a leader.

As shown in the first video, he is seen as an easy pushover by radicals in his own party. This is likely to be exactly what he would be. As such, he is not the President at all. It is frightening in one perspective, and terribly sad in another, especially as contrasted to President Trump, who, love him or hate him, leads.

Consider too, the way Kamala Harris “adapts” her own narrative to whatever is relevant to her own acquisition of power. Consider that she openly on stage cheered on the notion of “having the conversation” about sixteen year old Americans being given the right to vote, where in another speech she referred to people in the 18-24 age range as “stupid.”

Are we to believe that sixteen-year-olds are wise and that they get stupid for six years starting at eighteen? Probably not. It is safer to assume that Senator Harris says whatever will get her the points.

There will be a lot of news written by many writers, myself included, over the next few months pointing out this issue or that issue about all the candidates. It is, after all, officially silly season. However, the early narratives about Joe Biden do appear to be truthfully based. VP Biden has never been presidential material. This is his third try at it, and anyone following Mr. Biden’s activity over the last few years since the death of his son, Beau, would probably surmise that at best, Biden’s candidacy appears to be something he thinks he wants to do, but he clearly does not have any fire about this. Further, his apparent decline and his notably fearful behavior in regards to the Coronavirus pandemic (he bases his operations in his home, and yesterday called for a nationwide mask mandate for ALL Americans) suggests strongly that this is not a man who is a leader.

It seems that the Democrats know that enough to have influenced this pick of Harris, who does seem to want to be President.

He’s after the Florida vote, but will come unstuck.
https://youtu.be/mX3tFVyuHNw

Biden has always been a place holder. Harris is the dems choice even though she is not the people’s choice. But the dems count on more dems hating Trump than Harris. If elected Biden will be the PR face for a few months, perhaps even a year or two and then he will step back from office. No later than one year from the next election so that Harris has not had time to make too many mistakes but will have had a chance to make a good impression for the upcoming elections since people tend to stick with what… Read more »

Young people tend to be more liberal minded. That is the only reason why dems want 16 year olds to vote. Once they have to take on responsibility many become more conservative over time. So the dems want to use that age advantage to cheat their way into the majority. If they can’t drink alcohol, do not have full legal rights as an adult, in several states cannot legally have sex at that age, there should be no right to vote.

Very true, and why they should never be allowed to vote, if they don’t have full legal rights. There is a reason they don’t, unless you want to remove that reason.
Their idea of giving everyone the right to vote is their collectivist plan.

Hanisch makes too much of a simple misnomer that can easily happen when talking in public: Biden said WHO instead of WTO. A small mistake. It has nothing to do with mental capacity but with just too many acronyms in modern life. The Dems clearly want a repeat of Obama’s presidency. Which is why Biden originally wanted Michelle Obama as VP. I assume she declined, not wanting to be a shoo-in president that would deprive her of all legitimacy. Kamala Harris is power hungry enough not to mind. But unless she does an outstanding job as VP and in essence… Read more »

If Biden’s elected, Killary will probably slip him a hot cocktail soon enough and move him out of the way. 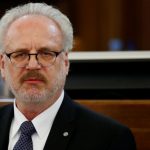