The fans at the Super Bowl LV had a singular message for Joe Biden and his wife Jill, the residents of the White House at this time.

There are a couple interpretations of this. Dr Steve Turley interpreted this as a reaction agains “woke sports” and he covers this remarkably well in his usual expert manner in this video below (Admittedly, it appears that Dr Turley amplified the booing sound – other videos show an unimpressed response, some cheers, some boos, mostly the sounds of crowd inattention, but still… think of when Trump spoke to the crowds!):

He may be right, but I had a very different reaction. I do not think the fans’ reaction was about “woke sports” as much as it was a rejection of Joe Biden’s illegitimate presidency. Perhaps Dr Turley knows this too, but has to mind his statements on YouTube because it is censor material to claim that the election was stolen and that we have an illegitimate president. However, more and more evidence has shown up just this past week to support this claim.

By no less a source than TIME Magazine, an article was published detailing how the 2020 election was indeed fixed to get rid of President Trump. The article makes the claim that in doing this “democracy was saved” but this is a pretty gutsy bit of propaganda. More accurate language cannot be printed because it is inappropriate for children. Anybody with a brain knows what ought to be said here. From the piece (emphases mine):

In a way, Trump was right.

There was a conspiracy unfolding behind the scenes, one that both curtailed the protests and coordinated the resistance from CEOs. Both surprises were the result of an informal alliance between left-wing activists and business titans. The pact was formalized in a terse, little-noticed joint statement of the U.S. Chamber of Commerce and AFL-CIO published on Election Day. Both sides would come to see it as a sort of implicit bargain–inspired by the summer’s massive, sometimes destructive racial-justice protests–in which the forces of labor came together with the forces of capital to keep the peace and oppose Trump’s assault on democracy.

The handshake between business and labor was just one component of a vast, cross-partisan campaign to protect the election–an extraordinary shadow effort dedicated not to winning the vote but to ensuring it would be free and fair, credible and uncorrupted. For more than a year, a loosely organized coalition of operatives scrambled to shore up America’s institutions as they came under simultaneous attack from a remorseless pandemic and an autocratically inclined President. Though much of this activity took place on the left, it was separate from the Biden campaign and crossed ideological lines, with crucial contributions by nonpartisan and conservative actors. The scenario the shadow campaigners were desperate to stop was not a Trump victory. It was an election so calamitous that no result could be discerned at all, a failure of the central act of democratic self-governance that has been a hallmark of America since its founding.

Their work touched every aspect of the election. They got states to change voting systems and laws and helped secure hundreds of millions in public and private funding. They fended off voter-suppression lawsuits, recruited armies of poll workers and got millions of people to vote by mail for the first time. They successfully pressured social media companies to take a harder line against disinformation and used data-driven strategies to fight viral smears. They executed national public-awareness campaigns that helped Americans understand how the vote count would unfold over days or weeks, preventing Trump’s conspiracy theories and false claims of victory from getting more traction. After Election Day, they monitored every pressure point to ensure that Trump could not overturn the result. “The untold story of the election is the thousands of people of both parties who accomplished the triumph of American democracy at its very foundation,” says Norm Eisen, a prominent lawyer and former Obama Administration official who recruited Republicans and Democrats to the board of the Voter Protection Program.

Talk about laying it on thick. Imagine your teenaged son coming in early in the morning with bumps and bruises, reeking of alcohol and saying this: “Dad, I just made a bold move in protecting the environment. You know our Cadillac Escalade? Well you will not have to worry any more about it polluting the air. I drove it off a cliff into the ocean last night. How cool was that?”

TIME tried to sell the American public such a bill of goods. But with more than 74 million voters outraged that their country was stolen from them, do you think they are just going to take it? And more significantly, the Law of COVID Belief overrides here. The people who are afraid of COVID would never go to a Super Bowl game. Nope. Those crowds were all Trump supporters and regular Americans who are absolutely getting their voices squashed in the mainstream press. They took every opportunity to make their voices heard across the country and around the world.

One can expect this to continue, but very likely the media will try to find ways to counteract or prevent any future surprise honest reactions from these crowds. Watch for it. Expect for example, a notification that the Pro Bowl is canceled due to COVID fears. Expect Major League Baseball to open late, or not at all, even if the virus is way down by spring, (which is somewhat likely, based on trends).

The media got caught on this one. This was no mere culture war reaction. This was the voice of America groaning under the new yoke of the oncoming Great Reset. The reaction is still not decisive enough to make anything actually change, but one has a little hope when one sees expressions of unity like the one that happened on Super Bowl Sunday.

I think even though I’m not a fan of Mike Lindell, his 2 hour video makes some great points, he has very credible witnesses.

It’s moments like this that show how significantly Reality contradicts the illusion the Biden gang tries to portray. I think Biden will be trying to avoid making any appearances at big events like this in the future.

They both do look really nice and honest. Pity they aren’t.

Nice call, but you forgot the British element 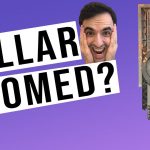 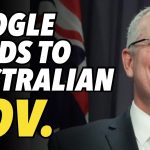