I think Dr. Steve Turley says everything that we need to think about in this video below:

It looks like the biggest election showdown since 1876 is set to happen this week. The mainstream media has been breaking its back trying to convince the American sheeple that Biden is an inevitability. He isn’t. Admittedly, it is very likely that Biden will prevail here, due to political pressures more than factual ones, but it does indeed look like we will see a real showdown of one type or another.

In all of this, the media that has been working so hard to squash this process through rhetoric and propaganda is going to be forced to cover it. And if Trump wins…

Can you all feel that? That is the fires of truth burning up the mass-media liars. They are admittedly pretty bold, because the MSM has bet its entire stock on the notion that this thing really is going Biden’s way. It will either go Trump’s way or it will not, but if it does, the media is in for it, and if not, they are still in for it, just in a different way. And if Biden wins? What do you think will happen?

Everybody will be watching that poor old man like a hawk.

We must include something here. The new Congress met and featured a prayer by a supposedly ordained minister, Representative Emmanuel Cleaver, a preacher who actually does not know what the word “Amen” means. (It means “so be it”). Apparently he is really just a Social Justice warrior, and in no way a Christian because he said “Amen, and A-woman.”

This, plus the nature of the prayer to everybody including Brahma and the “monotheistic god” (why not bring in polytheism? Let’s start praying to Zeus and Apollo while we’re at it; it would at least be classy! But no, prayer is all about sex now because there must be something discriminatory about saying ‘Amen’…)

Of course, Jesus Christ was never mentioned. We all know why. It is because these people all hate Him so much that they cannot even bear to speak His name.

If Trump wins the victory in this climate, I would have to put that down as a massive proof of God loving us more than he is tired of such idiots. But if Trump loses, we all just got a good idea why. While President Trump is a God fearing man in the best way he knows how to be (because the Orthodox Christians don’t get off their comfortable chairs and proclaim the Truth, there; I said it), he is surrounded by so many people who have made rejection of the Lord their top priority.

It would seem that a LOT of prayer is in order.

all wishful thinking — instead of ‘reporting’ breathless announcements about someone else doing something why don’t these commentators do it themselves — I just think this is mostly click-bait and its not the first ‘big showdown looming’ announcement either — the scale of the fraud should tell you that the US elite have decided to get rid of trump any way they can, doing whatever it takes — reading the article all these things depend on Pence would you put your cash on him to do them? Forget it, is my advice — Turley is a used car salesman, selling… Read more » 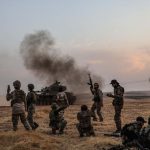 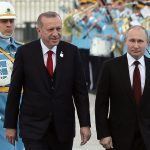