Earlier this year, Britain’s favourite peroxide blonde mother of four announced she would be organising a large meeting in Brighton, penciling in the date of September 18. That meeting went ahead with women coming from far and wide, men as well, to support some ideas that even five years ago would have seemed uncontroversial and which thirty or forty years ago would have seemed axiomatic. Indeed, anyone who disagreed with these ideas would rightly have been considered not quite right in the head. These ideas are that:

a woman is an adult human female;

women and girls should have some single sex spaces, including changing rooms and prisons.

That list can be expanded, but these ideas are really only common sense. Alas, in a world gone mad, common sense isn’t that common.

There are two livestreams of this outdoor meeting on Kellie’s YouTube channel, and doubtless more videos of the meeting will be uploaded elsewhere in due course. The women who attended were a mixed bag though all appear to be reasonably intelligent, but those who protested it were and are stupid, as Kellie herself said, and who will disagree? As she called for a minute’s silence in honour of a truly remarkable woman, currently lying in state, the morons opposed to her meeting chanted “Shame on you”, a chant that was kept up for the duration.

For those not in the know, Brighton has a large homosexual population; lesbians are also thick on the ground. Somebody who is simply thick is George Carden, who writes for the local rag. His take on the meeting was written to a typical liberal media narrative.

“HUNDREDS gathered in one of the city’s parks for the visit of a controversial speaker.”

There is absolutely nothing controversial about anything Kellie says. Although she has been taken in by feminist narratives about prostitution and pornography (not issues here), her views fall well within the mainstream. And although she organised the meeting she wasn’t the only speaker, her organisation Standing For Women isn’t a personality cult.

“There was a heavy police presence to keep each side apart in Victoria Gardens, Brighton, this afternoon.”

No, there was a heavy police presence to ensure the meeting could go ahead without its largely female attendees being attacked by a baying mob. Carden himself reported two arrests around 2.45pm.

Kellie isn’t a Ms, she is a Mrs, her full name is Kellie-Jay Keen-Minshull, which is a bit of a mouthful, so is often shortened.

Anyone who has attended one of her meetings or similar meetings held in the United States, for example, will soon appreciate who is spouting violent rhetoric and who is committing actual violence.

Carden’s article continues in the same vein; the comments to his article do not!

The protesters were a mixed bag but they certainly included Antifa or Antifa types. Because of their no debate (including no listen) policy, it remains to be seen if any of these braindeads understand just what is at issue here, but if they do, and if they had a shred of common decency, they would realise what is happening not to women but to naive young girls; what the trans industry is doing to them, is monstrous. Here is a short video about this obscenity. For a more detailed analysis the reader should check out the Matt Walsh film What Is A Woman?

It’s called “Divide and Conquer” simple as that. We cannot have a cohesive society standing together and taking on the folks whothreaten us everyday in our daily lives and jobs. Society needs cohesion today, more that it ever did. The folks who lived thru WW 2 are sorely missed. They discovered what cohesiveness meant, sadly todays haven’t a clue. 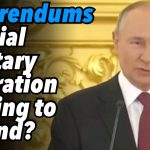 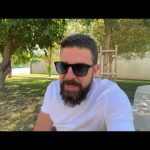