The stock market took another beating. And all the speculators have been wondering is, when will the Fed step in to help out? There can always be a down day, but 3 in a row? That’s impossible they say! At what point will people realize that this isn’t a game. You need to actually know what you’re doing. Amateurs are using options and the only thing they’ve been told is that stocks always go up so you really can’t lose. What a horrible lie they’ve been sold.

Stocks fell sharply on Tuesday as another massive drop in tech put the Nasdaq Composite in correction territory and led to the S&P 500’s worst three-day stretch in months. The Nasdaq Composite dropped 4.1% to end the day at 10,847.69. Tuesday’s drop put the tech-heavy Nasdaq down 10% over the past three days.

Tesla shares rebounded in early trading Wednesday, recovering slightly from Tuesday’s steep losses after Elon Musk’s electric vehicle maker was left out of the S&P 500 by the committee that decides on new additions to the index. Tesla shares were up about 7% in premarket trading Wednesday after closing down 21.06% a day earlier, making it the worst one-day loss on record.

Shares of Tesla Inc. suffered Tuesday their biggest loss since going public to kick off the second bear market this year, as investors rode a roller coaster over the past week that started with a climb to a record close and was followed by a stock offering, a big bounce, and then an S&P 500 index snubbing.

(Bloomberg) — Elon Musk’s net worth plunged $16.3 billion Tuesday, the largest single-day wipeout in the history of the Bloomberg Billionaires Index, as the Tesla Inc. rout continued.The electric-carmaker fell 21% in New York trading — the most ever — on news of a partnership between competitors Nikola

Over the last few months, the markets have become engulfed by a palpable feeling of exuberance. I remember the last time investors were engulfed in a near “panic” to invest. It was 1998, where following a correction, the market began a seemingly endless run to the peak in 2000.

DoubleLine Capital CEO Jeffrey Gundlach said the massive buying frenzy among retail investors this year is an ominous sign for the stock market. “Of course retail investor activity is downright terrifying,” Gundlach said during an investor webcast on Tuesday, pointing to the surge in daily average trade and trade per account on online brokers.

Byron Wien: «The Market is Vulnerable»

Byron Wien: “The Market is Vulnerable”

Blackstone’s market maven Byron Wien sees a significant correction risk. He warns of rising speculation in the stock market, the vulnerable state of the U.S. economy and possible turmoil in the course of the presidential election. He also shares his views on where he spots opportunities for patient investors.

The Fed Now Owns Nearly One Third of All US Mortgages

The Fed Now Owns Nearly One Third of All US Mortgages

Mish The Fed’s balance sheet is ballooning out of control. Nearly $7 Trillion in Securities, $2 Trillion Mortgages As of August 26, 2020 the Fed’s Balance Sheet is nearly $7 trillion total of which $3.7 trillion are notes or bonds, and nearly $2 trillion in mortgages (Fannie Mae, Freddie Mac, or Ginnie Mae).

Why the real unemployment rate is likely over 11%

Why the real unemployment rate is likely over 11%

The official unemployment rate fell to 8.4% in August as businesses continued emerging from broad shutdowns imposed early in the coronavirus pandemic, the Bureau of Labor Statistics reported Friday. That’s the lowest rate since unemployment exploded in April, to levels unseen since the Great Depression.

Late-summer getaways helped lift air travel during the Labor Day weekend but the coronavirus pandemic has left its mark on what has shaped up to be a dismal season for airlines. The number of people screened by the Transportation Security Administration reached 968,673 on Friday, the highest since March 16, agency data released on Monday showed.

The federal budget deficit hit an unprecedented $3 trillion in August, with another month to go before the end of the fiscal year, according to estimates from the Congressional Budget Office (CBO). That figure amounts to $1.9 trillion more than the same period last year, and more than double the largest yearlong deficit on record, the CBO noted on Tuesday.

The Money GPS is the most active, most informative channel in the financial world. Day after day, breaking down the data and making it easy to understand. This channel is not here to help build a portfolio, give stock picks, or financial advice. It’s simply data that is generally not found through conventional means.Stocks have risen in 2020. The stock market is appreciating in this period of the year. The bond market has remained at historic levels which is due to banks and their activities. 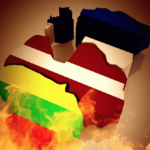 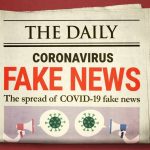