These riots are not because of poverty or politics – they are due to a complete and utter collapse of morality in the nation.

You can follow Ian Cameron and his work at: https://twitter.com/IanCameron23https://firearms.co.za/

BROADCAST Dr. Peter Hammond And Mallificus Scott – The Real Story Of The Worst Riots In South Africa That Are Happening As We Speak!

In today’s show originally broadcast on July 19 2021, Andy is joined by Dr. Peter Hammond and Mallificus Scott for an emergency broadcast entitled, “The Real Story Of The Worst Riots In South Africa That Are Happening As We Speak!”

We discussed: where the South African police are no longer on the ground and the firefighters are not putting out fires due to fears for their saftey from the rioters; the hidden consequences of the riots that you will not read about in the mainstream media; why the riots have been more destructive than a war; how most of the over 200 people who have died so far, did so in stampedes by looters; why private citizens have had to mobilize to stop the looting; how Jacob Zuma said the Afrikaaners were the first true Africans, and the real reason the regime wanted him in jail; the current civil war going on in the Communist African National Congress (ANC); how YOU can help the people who are suffering in South Africa; why the question one always has to ask is “Who Benefits?”; the basic Reformation Principle that the government is under the law; how the South African government continue to deem churches non-essential, whilst casinos are allowed to operate freely; how the looters and rioters were bussed in to commit their crimes; the 1950’s clip off Jeff Rense’s website revealing the Marxist playbook back in 1943, over 70 years ago; and many other topics.

As teenagers, Thabani and Thobani Mlwando would wake up in their two-room house before dawn every day to help their mother cultivate yams and sweet potatoes that she would sell in town.

© Provided by Al Jazeera People stand with placards as President Ramaphosa visits a shopping centre that was damaged after several days of looting in Durban [File: Rogan Ward/Reuters

They lived from hand to mouth and on a rare good day, she would make just 200 South African rand ($14).

Born just three minutes apart, with Thabani being the oldest, the Mlwando twins were inseparable.

“They were best friends. You could not tell one a secret without the other knowing about it,” said their aunt, Welile Ntima, who helped their single mother raise the twin boys.

Laughing through her tears, she said, “Thabani took his role as the older twin brother very seriously.”

The night after the arrest of former South Africa President Jacob Zuma, protests resulting in looting, riots and violence engulfed parts of his home province, KwaZulu-Natal.

On July 8, about 8pm, Thabani, 23, his twin brother, and a group of their friends heard about the free-for-all at a local grocery that was being looted in Pinetown, where one of them worked as a car guard, and decided to walk there.

The men stood at the entrance of the store, astonished by the chaotic scenes of people grabbing food and appliances for free and running out unabated.

Thabani picked up a bottle of cold drink from the floor but when he looked up, his brother and his friends had ventured into the mayhem.

Just after midnight, the group returned to their residence covered in blood, distraught, and frantic – without him.

Thabani had been shot and killed.

His aunt, still reeling from the loss, said, “We don’t know what really happened to him. We are still looking for answers. People are saying it was the shop’s security guards because he was stealing. We are poor, but I would have even prostitute myself to pay his bail. Why kill our child?”

At least 117 people have been killed during the widespread unrest that lasted nine days.

The devastation felt by families and communities, who have lost children as young as 14 years of age, is felt all over the country.

Sino Ngema, a community activist who joined a volunteer clean-up crew at the Pinetown grocery store, said: “I can’t believe that a young man lost his life here over a bottle of cold drink, over a mere 20 rand ($1.40). Another boy who was shot in Alexandra was just standing near the mall. It’s just not fair.”

As the government struggles to reach a consensus about what caused the civil unrest, community leaders have blamed poverty, gross inequality and rising unemployment.

Thapelo Mohapi of Abahlali baseMjondolo, the largest civil organisation of the poor in post-apartheid South Africa, said, “We have always said that people’s anger will go in many directions. We know that people saw an opportunity to avoid going to bed hungry and they took it.”

About 2,500 people have reportedly been arrested for charges ranging from damage to property, theft and robbery in relation to the riots.

The civil unrest had mostly hit communities that are rife with informal settlements, inadequate housing and inhumane living conditions.

Mohapi alluded to this being a clear indication of the problem.

“The pandemic requires one to wash their hands and be clean, yet there are numerous communities in townships and informal settlements with one communal toilet, one water pipe and no electricity,” he said.

In May 2020, during the first lockdown, the South African government implemented a 350 rand ($24) social relief grant for unemployed citizens and refugees.

In April 2021, the government ended the grant, saying it could no longer afford it, causing devastation for many.

Mohapi said this is just one example of many ways the government continues to fail and forget the marginalised.

“After all the hard lockdowns, the poorest of the poor have been affected the most,” he said.

“There’s no question that these protests are a result of the socioeconomic conditions of this country. This will not be the last time that something like this happens.”

“The national lockdown highlighted the extent to which a majority of Black people suffer from poverty, unemployment and lack of access to food and adequate nutrition in South Africa,” Ndaba said.

“So, while we can acknowledge the political opportunism of some [protests], we must also account for the fact that people are hungry and lack access to basic needs.”

On July 13, a video of a young boy coming back from a mall with a bag from a clothing retailer went viral on social media.

The soft-spoken child from the Township of Vosloorus, Johannesburg, had taken socks, a pack of underwear, a pair of shoes and clothes.

South Africans rallied together to find him, and a family friend quickly organised a fundraiser that has garnered more than 50,000 rand ($3,430).

Thandi Makhosi, 34, an unemployed mother of three who said she donated 200 rand ($14), said, “I don’t have much but no child should ever be exposed to such violence over basic needs. It broke my heart. He could’ve been killed.”

Kayla Forster, 28, an accountant who donated 1,000 rand ($69), said that reality truly set in for her about the nature of these protests when she saw the video.

“He took the things he needed. That mall is huge, he could have taken anything,” she said.

“Then we talk about poverty like it’s normal. It is egregious that people live in these horrible conditions. I’m embarrassed by this government.”

“The notion of ‘rebuilding SA’ (a term popularised by the president since the riots), simply means returning to the status quo where poor Black people remain in precarious positions,” he said.

“We need a new ‘normal’ that includes critical structural interventions.”

The ending of Apartheid, has turned South Africa into a failed state, as an Apartheid System is an absolute necessity when dealing with primitives.

Does one really need to ask what’s happening there?

Barberic lockdowns. Crimes against humanity. Let this be a lesson to the world when never ending barberic lockdowns are imposed. Or Europe will rightfully suffer the same.

So it would appear that 1% of the looters are stealing what they need. The other 99% of them are just looters, stealing big-screen TV’s etc. Thanks, media, for highlighting the 1% and by omission, condoning and ignoring the immorality of STEALING what is not theirs.

Why does the media think blacks are too stupid to be moral? When the media justifies looting, rationalizes why one race is allowed to be amoral, then the media is unethical and is exacerbating social cohesion problems.

Afrikaners predicted this when they were forced to abdicate power in 1994. Back then you were considered a racist bigot and verkramp for stating the obvious. We had to wait 25 years, and now have to be lectured to by young people who don’t understand the history of SA or the country.
There was a reason why the old SAP and SADF were so effective. Just look at the value of the currency, it tells you everything you need to know.Everybody was complaining about Apartheid, but the business people knew what really mattered.

South Africa and the world are going through many hardships. What we the people should do in order to get back to normal is this:- First, throw away all TV sets – they are used for propaganda and brain washing, the TV is “the IMAGE”. Second, take off the masks and live normally. Corona virus and any other disease can be easily treated without a vaccine. Third, do not accept any vaccines under any circumstance, they are dangerous and untested, the side effects are not worth it. Fourth, the government should print their own money tied to gold, effectively put… Read more » 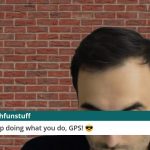 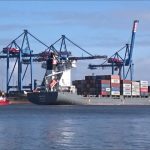