While the United States’ government and religious structures reflect the decay in this increasingly feckless country (amplified by a fake election and a fake President!), Russia and Serbia show the world an alternative: Reality. Christianity. A rejection of secularism and globalism.

Dr Steve Turley offers his summary of recent developments, showing that Sergey Lavrov slammed the impeachment attempt just completed (and failed) against President Trump, not only calling the action a farce, but praising President Trump as an excellent leader in very open terms.

One piece in Newsweek notes:

“He is a striking personality,” Russian Foreign Minister Sergey Lavrov said of the 45th president now facing an unprecedented second impeachment trial over his alleged role in a deadly riot that stormed the U.S. Capitol Building last month.

Speaking to YouTube channel Solovyov.Live, Lavrov reminisced about having met the former U.S. leader in Washington and Moscow.

“I remember two meetings with him, when I was paying visits to Washington, and his talks with Russian President Vladimir Putin which I attended,” Lavrov said. “Trump is a striking politician.”

The events of January 6 intensified an already rocky transition of power to President Joe Biden, but even out of office Trump continues to make headlines, as major news outlets broadcast lawmakers’ attempts to impeach him.

Like much of the U.S., Lavrov was watching along, and doing so “with amazement,” he said.

That “amazement” is the kind that registers as “shock” because it was very clear to Mr. Lavrov that the impeachment attempt was a political fabrication. From the Ministry of Foreign Affairs of the Russian Federation, the translated interview given by Mr. Lavrov to Vladimir Solovyov features this comment:

Sergey Lavrov: He is an outstanding person. I remember my two meetings with him, once when I was on a visit to Washington, and also the talks he had with President Vladimir Putin, which I attended.

Donald Trump is a remarkable politician acting from his own experience. Where there is benefit, everything must be done to maximise it; where there is no benefit, let things take their course.

As for respect for our, Spanish or American laws, I am shocked by the impeachment proceedings. The charges brought against him… You can watch and listen to Trump’s video addresses again and again…

Vladimir Solovyov: And find nothing criminal in them?

Sergey Lavrov: Yes. Just compare them to what Leonid Volkov or Vladimir Ashurkov are saying. As many people say, have they ever urged young people and children to take to the streets? No, they have not. But I have heard them say, “What’s wrong with this?”

Vladimir Solovyov: Right. This is exactly what Volkov said.

Sergey Lavrov: They believe that if children want to join a protest rally, there is nothing wrong with it. This means that they are becoming part of civil society.

Vladimir Solovyov: During his meetings with foreign secret agents, Vladimir Ashurkov asked for $10-$20 million and offered to share information about a Russian bank [allegedly involved in corruption].

Sergey Lavrov: We have exposed this. But it’s like talking to a brick wall. The West doesn’t see this, just as it pays no attention to our arguments on the alleged poisoning at this point. They just want our repentance.

Vladimir Solovyov: But we have changed as well, haven’t we? We no longer react as nervously as we did before. I am concerned about you. The newly appointed US Secretary of State Antony Blinken is the ninth US Secretary of State you will be working with. You said that you have to recite the history of Russian-US relations to every new appointee.

Sergey Lavrov: This reminds me of an old phrase, “You are my first.” I have had a conversation with Antony Blinken. I believe it was a normal conversation. We agreed that there are many problems between us.

Vladimir Solovyov: Have you agreed not to agree?

Sergey Lavrov: Yes, we can hardly agree on the majority of these problems. But it is clearly inevitable that we must continue our dialogue on strategic stability and try to mend the damage done by the “disarmament experts” of the previous US administration. An agreement has been reached on extending the New Strategic Arms Reduction Treaty (New START).

Vladimir Solovyov: But our position remained unchanged, didn’t it? It was the Americans who hesitated, not us?

Sergey Lavrov: Yes, it is unchanged.

As to how our foreign policy activities are being covered by some media, a few neoliberal journalists wrote that as soon as US President Joe Biden snapped his fingers, Russian President Vladimir Putin immediately signed a deal to extend the New START Treaty. The problem was resolved that same day, although before that, the Russian Foreign Ministry had said that it required a lengthy procedure under our laws (several weeks). So it was all a lie, they concluded.

I will not reveal any big secrets. I will just say we hoped common sense would prevail with the President of the United States Joe Biden. A few weeks before his inauguration, we made all the preparations required under our legislation to conclude an agreement to extend the New START Treaty.

Vladimir Solovyov: Joe Biden said last summer that this was one of his top priorities.

Sergey Lavrov: It was not 100 percent guaranteed.

Vladimir Solovyov: But he talked about it.

Sergey Lavrov: In other words, we simply prepared beforehand for an optimistic scenario to avoid time trouble. It is just that sometimes our commitment to extension of the Treaty is shown in a perverse way – like they say, Joe Biden proposed it, and Vladimir Putin agreed.

Of course, Sergey Lavrov is a bit of a prankster, and it is likely that this next exchange follows on that. We may look further into this…

Vladimir Solovyov: How about Vladimir Putin helped replace Donald Trump with Joe Biden because Trump did not agree to extend the New START?

Sergey Lavrov: Possibly. I am sure this is what happened. I can say just one thing to all those who are looking for an intrigue in who is more important, or whether Russia is doing America’s or someone else’s bidding. In fact, Russian President Vladimir Putin does not really care who will take all the credit later. If we reach an agreement that will be good, useful, and important for us and for the whole world – be it on disarmament or on something else – it’s our pleasure.

One who knows Mr. Lavrov understands that the man is making a joke. It is a surprise that the American press isn’t howling about this yet.

The US-press or andministration does not have the brain capacity to understand Mr. Lavrov’s jokes! 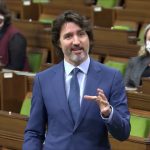 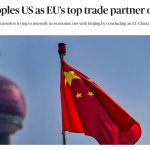