Pierre Poilevre pummeled Trudeau’s rhetoric with facts to fight for Canadians.  He stands for the Canadian worker and their current plight.  Pierre is highly skilled in the art of debate; revealing Trudeau’s deep lack of substance comes easily to him.  He is a pleasure to watch.

Foppish Trudeau is turning into Mister Bojangles with his shiny suit and glib platitudes. I find his trite rhetoric increasingly difficult to listen to. He has been an absolute disaster for Canada.

Trudeau’s puffy ridiculous face says it all. The whole Trudeau family was a disaster for Canada, Pierre especially.

Canada’s immigration policy has been insane for more than 30 years. The real unemployment rate has been over 20% for more than a decade, yet successive governments have continued to have immigration “targets” of 400,000 per year. How does that help the unemployed and under employed? A decade ago, the Canadian government admitted immigration was a net cost of $35 billion a year. How does that $35 billion help un- and under-employed Canadians?
If the Duran thinks the other political parties in Canada are any better, it is sadly mistaken. 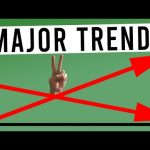 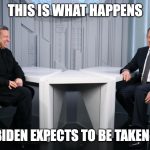