Seatlle police chief Carmen Best has had enough. After two months of CHAZ, CHOP and nightly riots, aided and abetted by a super-liberal Mayor that only cares about using her city’s suffering to make President Trump look like the problem, the Seatlle City Council passed an ordinance forbidding officers to use “less-than-lethal” ordinance to quell extremely violent rioting that has been taking place in the city.

The Seattle police chief is sending out letters telling residents: "We cannot enforce the law. You are on your own." pic.twitter.com/89jyezSBMS

Think about it: If you live in any large town or city in America, the police have always been known for their effectiveness because most of our lives, our towns and cities are fairly peaceful, even idyllic, compared to some places around the world.

But that is no longer true in Seattle, Portland, New York, Chicago and many other places, as governments entirely run by so-called “liberal” Democrats have decided that for some reason, letting people attack not only police forces, but innocent bystanders, shooting children and parents and anyone that happens to be around – and God forbid you speak against Black Lives Matter – well, now, your life and property is subject to attack with no protection. What is more, that protection should be there because it is paid for by taxpayers like yourself.

The police enforce the law, but when city governments make the law so it does not protect everyone, then what is one to do?

In this case, it is very likely that citizens of Seattle will take matters into their own hands. Since the police will not enforce peace and quiet on the streets and since they will not nab and curtail lawbreakers and would-be lawbreakers before they do horrible things, that mantle of responsibility is now passed to the people of Seattle. One can expect that, unless Seattle is completely lost to pot-smoking procrastinators and dopeheads, it will be about four seconds before criminals start dying in droves, because armed citizens have no other choice but to shoot at those who threaten them.

Unfortunately, there will be any number of relatively innocent people shot, injured and killed in this response as well. However, the backlash politically is almost assured – every single person on that city council just lost their job come the next election. They just do not know it yet.

This is, of course, if the population of Seatlle is sober enough to think straight. My bet is that enough of them still are able to do so.

This is the Second American Civil War continuing to take shape, and of late the movement does seem to be that a strong conservative backlash, or at least a backlash along the lines of “look what supporting Black Lives Matter got me?! a destroyed home, destroyed business, injured or dead family members and friends… Over criminals dying because they get shot by police after attacking the police who arrested them??” – Such a backlash is more than fifty percent certain, even in super-liberal Seattle. The Mayor is still reluctant to truly wake up to this, but perhaps when the next attack causes injury to herself or her family, maybe she will realize she has been wrong.

But only, maybe. Something has gone seriously wrong with Americans, where ideological manifestos that have no truth behind them are worth taking property, health and lives of people who usually have no interest in any of these manifestos. Sooner or later, though, the armed backlash of concerned citizens will put a stop to this. Steve Turley weighs in on this issue:

If it doesn’t, call the country gone, for its citizens have then truly sold out and do not care about what their families, their society, their cities and their nation really mean. And that will being a major watershed for the entire USA. What happens after? Who knows?

“We cannot enforce the law. You are on your own.”

THE LAW
White bigoted and greedy upper-half of society:

Now we know why the Obama-Trump Administration is spending $1 trillion for new-small nukes, for enslaving the 50% poor by poverty is not a walk in the park.

As a public service announcement … A 7.62 high velocity round will penetrate the cooling jacket of a distribution transformer. These transformers are oil cooled and if the oil leaks out they shut down.
They are expensive and more importantly in short supply.
Shutting down power stations in such a manner would deprive a city of electricity for weeks. No Streetlights. Hospitals would be on emergency generators. No food beyond canned goods or dry foods.
How long would protests last under those conditions.

Which is why your white upper-half of society needs to stop hoarding all land, wealth and healthcare, stop enslaving the 50% working-poor by a police state and grant equality to starving children.
Are you a woman with heart or just a cash register?

Snookums – I was raised in an Irish slum in Paterson NJ. Among our group we ended up with 2 lawyers, 1 MD, 2 DDS, 3 engineers, 4 nurses and i salon chain owner. Also our neighbors were good at boxing our ears when we got out of line. We were all poor. 5 of us made it to college on sports scholarships. I joined the WACS and used the GI bill and my music lessons (doing demo sessions in NYC) to put me through one of the countries top 5 design colleges. So am I heartless????? only to lazy… Read more »

Forgot to mention I was accepted at all 5 schools including Cooper Union.

I became harmless by a vegetarian diet, a pacifist morality and a desire to keep only enough for a comfortable life.
Take care, for the mind is deceitful above all things,
who can comprehend it?

I am surprised by your responses, but thank you for posting them! What do you think should happen, and why?

If everyone desired to own only enough for a comfortable life and used their wealth to do good for society, all things would turn toward the good. Otherwise, by intelligent design, earth will reach the disastrous conclusion of all the glory and power of wealth.
In the mean time, be a pacifist vegetarian with no more wealth than the poor, and hope for the best.

If it is a war crime to use tear gas in time of war to force troops into the open for an easy kill, why should fascist Seattle use tear gas to destroy the peace by forcing protesters to give up their freedom of speech?

So you would have been OK with my brother and the folk in our neighborhood when during the 1968 riots in Paterson informing the protesters that if they put one foot in our neighborhood they would beat them senseless and dump them in the Passaic river? They were just putting forth via speech the results of trying to make our parents homeless via fire.
Considering the results of fights – they decided to leave the Micks alone

They are not protesting, they are rioting. There is also no mention of tear gas in the article. Check out the twitter feed from Andy Ngô, independent journalist who has been documenting chaz/chop and now Portland for some time. Portland is nearing day 60 of nightly rioting. The federal law building is under siege every night. Last night explosives have been used, a bomb, different from the industrial fireworks explosives they have used before. They are not concerned about freedom of speech and there are very few blacks among the rioters. The local citizen of Portland, especially around this area… Read more »

Portland protesters are not engaged in a riot, not any more than when the Minute Men had a Tea Party and dumped into the sea a shipment worth more than 100 pounds of gold.

Mr. Hanish, it is a very small but very loud group that has gone wrong. Tyranny by the minority applies rather well here. This plays right into the hands of Trump as the chaos continues. He has to do nothing, just let local politics do the work for him as city after city disintegrates. All he has to do now is promise to fix it and make it all better and he has the next election in the bag. Fact is that polls have shown that support for BLM and protest is waning. People are starting to realize that this… Read more »

Steve Turley is also an ideologue. You might want to widen your scope of where and how you source your information an bit more.

As the root cause of crime in America is your more educated
and mostly white upper-half of society hoarding all the land
and wealth, tell us true, what can be done to end it by you?

Black people are arrogant and useless fix your own attitude and see if change comes. Burning down homes and businesses is not how you gain compassion and understanding it’s how you confirm why you are looked at and treated like animals. 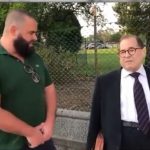 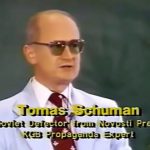