A lot of news writing is certainly the order of the day during and after the national conventions of both American major political parties. We were presented with a very strange array of people for the Democrat side, ending with an even stranger acceptance speech by former Vice President Joe Biden, who finally, third time lucky (?), stands as his party’s nominee for the Presidency. However, his speech was strange because it was from some other America, and not the one being torn to shreds by the very political party he is in charge of.

Laura Ingraham shows us the reality of life on the ground in Minneapolis and notes the truth in her video: The Democrats have actually declared war on the police in all major American cities. Most of those cities are in fact run by Democrats, and they feature city councils and mayors and state governors who are all supporting the rioters, even when violence and murderous activity take place.

This is the Second American Civil War. The activists are making a play for the inner cities but they are also trying to expand their reach to the suburbs and beyond. They will not succeed, but they do not know that yet. In the meantime, how many will lose their properties, their livelihoods, and even their lives and those of their loved ones?

Watch and see what the Democrats have wrought. This is not going to change if they win, either – it will only get worse.

KILLER-COPS — POLICE STATE FOR THE RICH

Ah, but it will all be okay soon. Fear not. The evil racist police will be abolished, and then crime will disappear overnight. And should anything happen, like a school shooting or a serial rapist, they will just call out the duty social worker to deal with it. No problems. 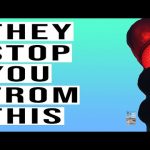 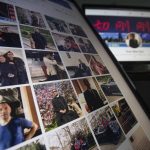