Under the leadership of Premier Giuseppe Conte, Italy’s government has enjoyed a degree of stability unseen in decades, as the technocratic former law professor – initially brought in to lead a government formed by two anti-establishment parties, the anti-migrant League and left-wing populist Five Star Movement – Conte has already survived the collapse of his original coalition.

Love your programe, it’s great to hear a balanced view of world news😊

Why should that be something to be denigrated and opposed in a so called liberal and democratic society?

The opinion poll is precisely why there wont be an election. Anything rather than ‘trust the people’.

12:39 “Is keeping Salvini such an overriding priority that you are prepared to pay the price…” Doesn’t Alexander mean RENZI, at this point in the conversation? Or perhaps I’ve misunderstood? I’m commenting not to be snarky, but because if I’m right this is an important verbal ‘typo’ which could mislead people on the point Alexander is making.

As an Italian, I so often find discussions on this site giving a distorted view of the situation. Our Prime Minister, Conte is very popular with the citizens a little less so with some politicians, especially Renzie, Salvini and Meloni. He is not a politician and does not refer to any lobbies etc. He has had to guide the country through very diffcult times with the covid virus and has managed to get a large amount of money through the EU recovery fund, he has also had a good relationship with Trump. It is a relief that Renzie and his… Read more » 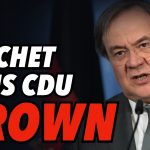 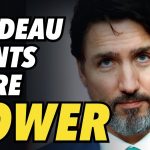