An important regional electoral round took place in Italy on September 20 and 21 for Veneto, Liguria, Marche, Toscana, Puglia, Campania and Valle d’Aosta.

In Italy, the regions are more or less equal to the states in America, but with less powers. Among the seven regions in the election were the second in national economic importance (Veneto), the one with the first Italian naval port (Genoa, in Liguria), and the one with Naples, the “symbol” city of the South (Campania).

Immediately after the elections, the Italian newspapers began to repeat that for the center-right (roughly comparable to the U.S. Republicans) it was a defeat. In particular, it would have been Salvini’s League (which in the center-right occupies more or less the space than Trump’s base in the Republican party) to suffer the worst defeat. At this point “the osmosis factor”, so dear to the left-wing press, was inevitable: American left-wing journalists, who only read European left-wing newspapers, began to say that the Italian conservatives were defeated.

Too bad that the dreams of radical chic sitting in their golden East Coast palaces do not correspond to the truth.

The wish is father to the thought as far as this article is concerned.

I guess the Italians will be channelling Machiavelli, making a refreshing change from the UK’s Fallstaff channelling.

In spite of the fact that the “pandemic” punished Italy and Iran more severely (jumping immediately directly from Wuhan to Italy and Iran), probably in hopes that it would bring down Italy’s populist Salvini, it was all in vain, the culling of thousands of innocents and the destruction of Italy’s economy, Salvini is still the most popular politician and the left is losing ground – perhaps not in spite of, but because. 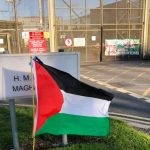 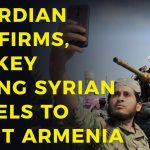