Centrist Armin Laschet has been elected leader of Germany’s Christian Democrats (CDU), the party of Chancellor Angela Merkel. Mr Laschet, premier of North Rhine-Westphalia state, defeated two rivals in the party’s virtual conference. He is now in a good position in the race to succeed Mrs Merkel when she steps down as German chancellor in September, after 16 years in office.

From What I Undrstan and Have Red he is not a real German so legitimately he has no right to Lead German Politics!! He is a Globalist Cheer leads the disintegration of European culture replacing it with the Globalists Unity in diversity Policy Supporter of the Burka. He is a signatory of the Soros Open Letter and A Papal Mogul of Vatican 2 and United Religions policy for a one world Religion as the saying goes all roads lead to Rome !! in conclusion a National Socialist that reflects a dangerous precedent of A combination of Fascism and Communism! I… Read more » 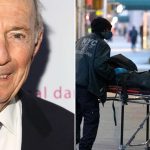 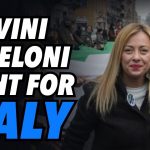