After Australia’s government this week announced its intent to issue legislative changes known as the “News Media Bargaining Code” by the end of this month, Facebook in retaliation has said it will begin restricting news sharing on its platform in Australia.

Excellent wrap of situation here in Australia. There was growing concern that Tech Oligarchs in US were beyond reach of Sovereign Governments whereas Media Moguls like Murdoch, Packer are/were Aus Citizens integrated into Political landscape and never deplatformed any influential politico – they might slant news toward favoured party. Current LNP Federal Government is Conservative and would be most aligned with Republicans. Why wait for Zuckerberg & Dorsey to potentially do the same to Morrison as Prime Minister? They clearly sent shockwave through anti woke traditional conservative parties as you say Alex1 Alex2. Zuckerberg has been personally involved with our… Read more »

In Pandemic, I was fired by my boss and was jobless for few months, than my buddy told me about this site to do work. Within a month i am able to earn handsome package. For more detail visit……… .. >>> https://bit.ly/3rgMKrL

What actually should be and is much more important, is to tax these Oligarchs and monopolistic social medias at the place where they generate their cash! Tax them! Arrogancy, greed and bias political meddling is always the start of the downfall!

Good for Scott Morrison and never mind Zuck chucking his toys outta the pram. The people of Aus are better off without the toxic Facebook on their devices. I recently purged Facebook from my devices, getting them to completely destroy my account for good. You should have seen the number of times the message, “Are you sure you want to delete this account?” And all kinds of warnings about how it will affect my information, how I will lose all my friends etc etc. I kept pressing “yes” and even at the end they wrote “you have 30 days to… Read more »

Facebook,? Torchbook would be more appropriate. Facebook’s censorship activities are no different than book burning. During the Epstein scandal, facebook was alive with comments from the self righteous calling for the demise of all those involved. Facebook Africa compiles catalogs of child brides whom they proudly advertise to rich African business men for wives. More concerning was that, even when users attention were brought to this fact, they could not see the hypocrisy in it and carried on as normal. Would love to see Mr Murdoch run this in his rags and put facebook to bed for good. He could… Read more » 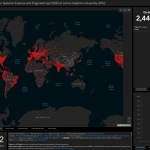 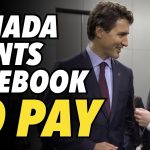