Hear much about COVID-19 lately? Sure you do, you think. We hear about vaccinations taking place and all manner of furor about whether the vaccine is any good, or if it is a mind-control drug or some fiercely dangerous compound that kills more people than the virus it is supposed to protect everybody from. In the United States, the ferocity of this argument appears to be fierce, while in Russia it is quiet. Life goes on, at least in Russia, with businesses beginning to run “as usual” once again.

But have you heard much about COVID-19 itself, lately? That is the question here. The answer is probably “no.”

Look at February 19th’s COVID tracker for the world, generated by John Hopkins University of Medicine:

This one of the United States is even more surprising:

There is a further interesting factor. The previous two waves showed a slight decrease – the worldwide graph shows a peak, then a fall to between 50-75% of the peak, and then a rise to the next peak at a much higher level. The most recent drop is more than fifty percent worldwide, and in the US that number is down to 23% of the peak.

Further, the cases were supposed to be on the increase with cold weather’s onset. At first, this appeared to be the case, but the winter this year is rather cold in the US, and in Western Russia, it has not been this cold in years. Here in Moscow, we see below zero (F) readings quite often this season, with wave after wave of cold and snow. Last year was practically no winter at all.

Moscow’s COVID cases during this time look like this: 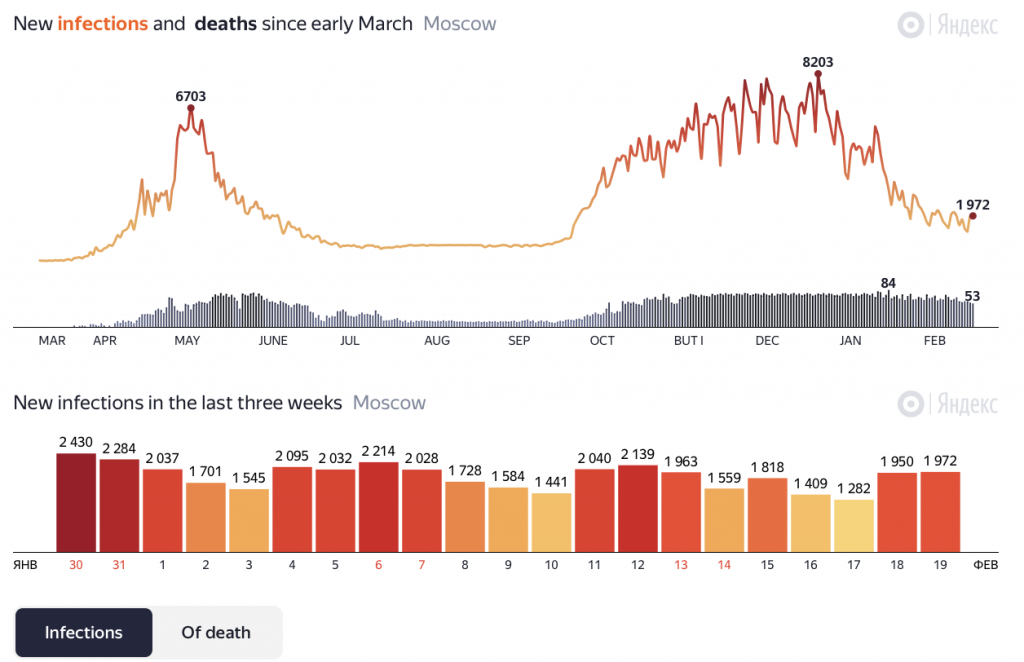 We see the same decline taking place. Admittedly in Russia the rise and the decline of COVID cases was much more gradual according to the official accounts. Many of my friends and colleagues have had their own run-in with the virus. At least one friend passed away from it, and others got very sick, indeed. But the incidence rate is falling. A few weeks ago, in January, we were recording five and six thousand new cases per day in Moscow.

What does this mean? Is the pandemic over? Is this because of the success of vaccinations?

The honest answer is we really do not know. COVID is still a (publicly) unknown disease. I am saying “publicly” because I suspect that this illness was either used or even deployed to make sure it had the required effects: namely to remove a very strong US President and allow China to try to organize the world according to its government’s own desires. I suspect a lot of people hopped right on board that plan, though the virus has cause problems worldwide, with very nasty illnesses and very cruel deaths.

I say this in hopes that I am wrong. Pandemics arise about every century or two, and we have now had ten of them recorded in the Christian era. This one is very mild as pandemics go. Also, I do not like conspiracy theories, but there is so much evidence of manipulation of this crisis (at the very least) that it does seem clear that there has been some co-opting of the virus if it is natural, and after that, the curve only leans towards artificial or deliberate actions to bring it about.

Now, it is going away, or appears to be, largely on its own. The amount of vaccinations cannot be credited with the reduction of the disease yet. We have statistics that show this: 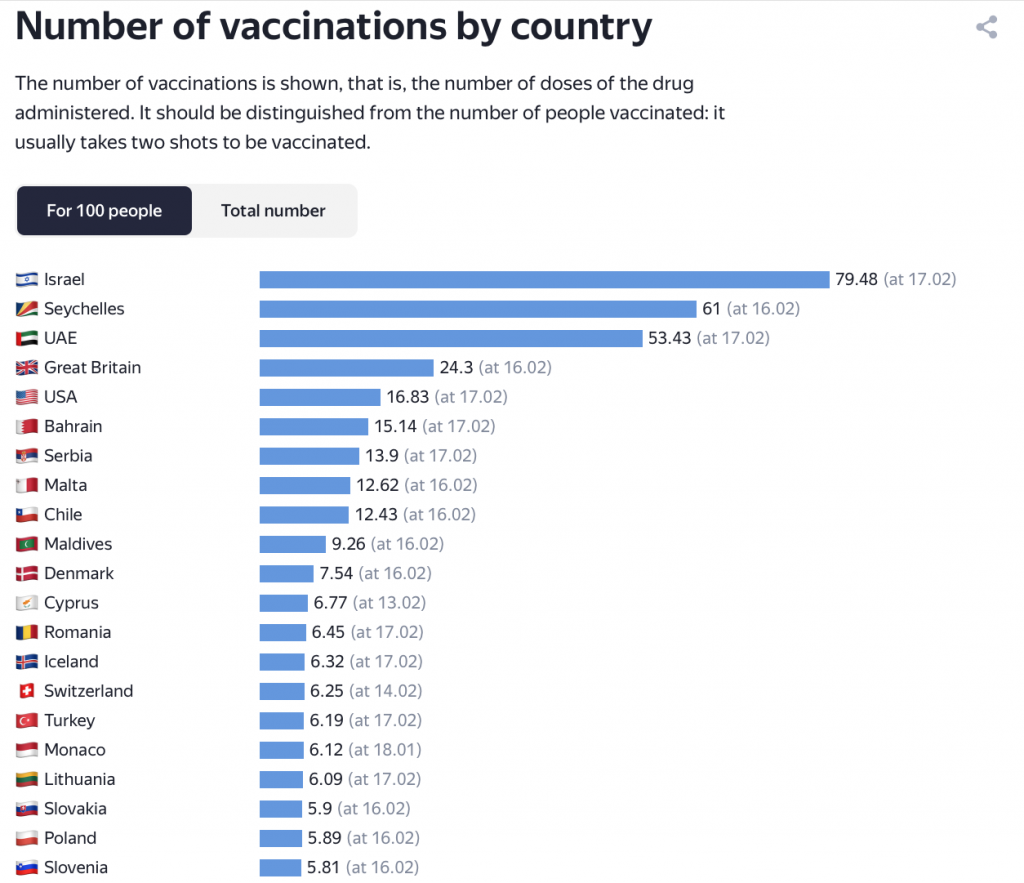 These numbers show the number of people vaccinated per 100 in population. Israel has reached nearly 100% inoculation, but the US density is only about 17%. That does not account for a 78 percent drop in case incidence. Russia and China are not even visible until much farther down the list, at 2.67% and 2.82%, respectively.

India, the second-highest infection count nation, has experienced an 86%% drop in case incidence per day, and its vaccination rate is 0.68% at this time. The video below was posted January 23rd, when the drop became too great for the Indians to ignore.

What does this tell us?

I personally believe it tells us that we know very little about COVID-19, still, and if this pandemic is ending, it may leave us with as big a mystery as it presented when it arrived.

…Unless someone did this to us.

How can something which at best is an influenza type illness, be holding the world to ransom? Of course the figures are decreasing -:like all influenza and respiratory viruses ( RSV is another) they are seasonal in nature, they wax and wane according to conditions. No laboratory has managed to find a complete specimen of this particular virus, despite supposedly looking for it – even electron microscopes have not discovered it. Everything governments have forced on humanity in this “pandemic” has been predicated on a few random strands of DNA found in ill subjects, and then computer modelled to produce… Read more »

Here’s what one government has done to ensure that the number of COVID-19 positive tests remains high:

Spitnik V and Sinovac are not wxperimental! They are traditionally produced vaccines. The US RNA vaccines were in research for decades and under pressure yielded results. True, they cause too many deaths, especially in old, frail people and a good number of serious side effects in people with allergies. But given some 20m vaccinated people, the deaths and serious side effects are a relatively small percentage.

Here’s what one government has done to ensure that its own COVID-19 positive testing results remain high:

Did they recently reduce the number of cycles per PCR test as per recent WHO recommendation? That means less false positives. The PCR test is a tool to create as many or as few “positives” as desired for the domination agenda.

Have to say this … again. Those that have to pull out their PC card and flash it onscreen with “I don’t like conspiracy theories,” are almost always the weak and lazy. In my experience, generally speaking, using that phrase means the person is ignorant of what those that are claiming the existence of a conspiracy and doesn’t want to take the time to prove it one way or another. The person seeks recognition of what he has found out and doesn’t care if he denigrates the work that others have done that is likely far more important and thorough… Read more »

Shame on Hanish to let himself go into such conspiracy theories. Trump would have been voted out of office no matter what: the Dems prepared that corrupt election for 4 years to make sure Trump would be gone. Covid helped but was not the real cause for Trump’s demise. His erratic and mostly aimless government relying on quick fixes to hide a complete lack of any longer term policies did him in: the destructiveness of everything Americans hold dear and the large damage Trump did to clean air and water, public lands, old growth forests and national parks that were… Read more »

The situation is man made.

The motivation is money, fear and hubris. 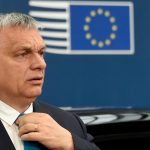 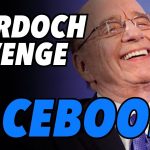